Three Letcher County men who are registered sex offenders have recently been arrested for having accounts on social networking websites.

Earl Scott Adams, 48, of 4569 Highway 15, Whitesburg; Randall Dean Adams, 50, of 249 Daniel’s Branch Road, Whitesburg, and Eulis Alfred Adams, 41, of 79 Jim Banks Road, Payne Gap, were each charged with sex offender instant messaging/chat/social network use, a class A misdemeanor. It is against the law for registered sex offenders to use social networking sites that are accessible by minors.

Earl Adams admitted to police that he had Facebook and Myspace accounts, according to a police citation.

He was also charged with carrying a concealed deadly weapon. When Earl Adams was arrested on August 1, a knife was in his right pocket, according to a citation. 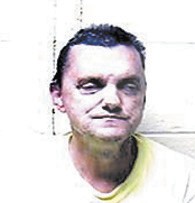 Letcher County was one of seven counties to participate in the sting dubbed Operation Big Sandy, which was organized by U.S. marshals. Police visited all 36 registered sex offenders in Letcher County and found that seven were in violation. Police did the same in Floyd, Johnson, Knott, Martin, Perry and Pike counties.

“This is something that the sheriff has said he wants to do on a regular basis due to the outcome of the Big Sandy project,” said Eugene Slone, victims’ advocate with the sheriff ’s department.

In addition to the three men who were arrested for using social networking sites, two men were arrested and charged with failure to comply with the sex offender registration, a class D felony.

“They just give you an address and nobody goes out and checks on them,” said Slone. 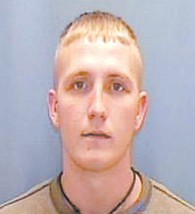 Eulis Adams was also charged with failure to comply with the sex offender registration.

On a police citation issued for Billy Baker, it is listed that he has a Facebook account.

Another person is expected to be arrested and charged with failure to comply with the sex offender registration.

“We recognize that parents who allow their child to have social media networks and instant messaging should monitor,” said Lt. Brian Damron of the sheriff ’s department. “Children are targeted for conversation or proposition.” 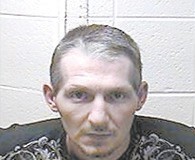 “That would be enough to get an investigation started,” said Slone.

The sex offender registry can be accessed at this link: kspsor.state.ky.us/.

A press conference in which U.S. Marshal Loren Carl announced the results of the Operation Big Sandy sex offender compliance check was held in Prestonsburg on Wednesday morning (August 22).