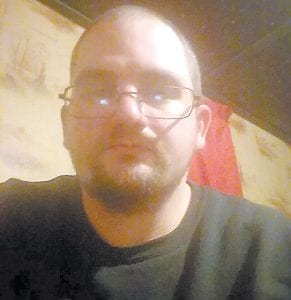 Family and friends of Chuck Oliver have been publicly mourning his death in a fire at Millstone.

Authorities are still attempting to determine the identity of a body found burned in the ruins a home at Millstone after an explosion Sunday night, but family members and friends have said publicly they believe the body to be that of Charles Daniel “Chuck” Oliver, who had been staying in the home.

Oliver, who was in his early 30s, was a former employee at the IGA store in Pound.

Letcher County Coroner Renee Campbell said she could not give a name or the sex of the victim.

Other sources said the body was too badly burned to make any kind of visual identification.

The Kentucky State Police post at Hazard received a 911 call about 9:10 p.m. Sunday night from a neighbor who said he heard an explosion and screams, and told police the home next door at 2192 Millstone Road was on fire. Kentucky State Police, Neon Fire Department, Neon Ambulance and Mayking Fire Department responded. The mobile home, which had an addition built on, was fully engulfed in flames and had collapsed by the time responders arrived. 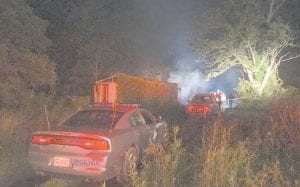 Pictured Is the scene at Millstone on the night the fire and explosion were reported. (Photo by Chris Anderson)

Fire officials found human remains in the debris after the fire was extinguished.

Campbell pronounced the victim dead at the scene around 12:40 a.m. KSP Detective Clayton Stamper and Arson Investigator Randy Gabbard were notified and later arrived at the scene to assist with the investigation, along with State Fire Marshall Robert Keith.

The remains were sent to the State Medical Examiner’s Office in Frankfort for autopsy and possible identification. Photos that Oliver had posted online show oxygen tanks and a propane tank with a heater on top sitting side by side in the home. Authorities have not commented on a possible cause of the explosionand still had not determined the cause of the fire Tuesday afternoon. Stamper is leading the investigation.

Oliver was single and was the son of the late George and Ruby C. Oliver of Jenkins. Mrs. Oliver died in December.

He had two brothers, Gary Neal Oliver of Georgetown and James Lee Oliver of Pine Mountain.