Family members have heart trouble at 58 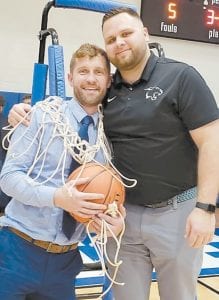 Well, there was some news I wanted to tell you all last week, but we weren’t planning on telling Mom until after it was over with and it wasn’t going to happen until Wednesday morning. My baby sister, Delores Tacket Holbrook, had been having some heart issues and so we talked her into having a stress test. She went to the Pikeville Clinic here in Whitesburg, but wasn’t able to see a doctor that day. So, my sister Charlene’s daughter-in-law, Chasity Mason, works at the heart department that’s located inside MCHC building. She was able to get Delores in and they scheduled a stress test. The test showed an abnormality in the back of her heart.

She was scheduled for a heart cath last Wednesday. I was pretty sure from her symptoms she was going to require open-heart surgery. I was right. They did it Thursday morning and she is already being told she may get to come home Tuesday the 3rd. Amazing, so hard to believe they can do this kind of surgery to begin with let alone letting you go home so soon afterwards. 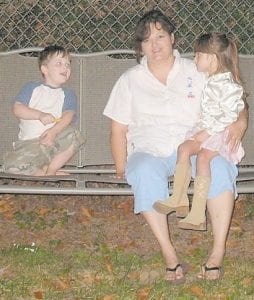 I’ve told you before in this column that my Dad was 58 when he had his open-heart surgery, my sister Charlene was also 58 when she had hers, and I was 58 when I had mine. Well, unbelievably Delores is also 58 years old. My sister Lucille, who had her surgery last August, is the only one of us that made it to 60 before she had her surgery. As of now our only brother, Albert Tacket, has had no problems with his heart, thank God!

I wish so much that my phone battery hadn’t been dead because I so needed to record Delores when we went to see her on Saturday. When we got there the pain medicine hadn’t worn off, but she was also awake enough to know what was going on. She told her doctor he was crazy right to his face. Lots of other things, too that I can’t mention or she will kill me for sure. Needless to say, all the things she did to me when I had my open-heart surgery have now been paid back, except for her gag gift for the upcoming Christmas. 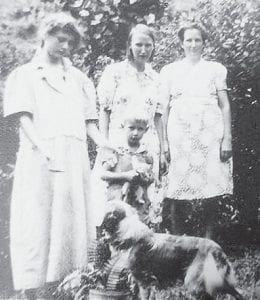 From left to right are Midge Shackleford Halcomb, Lida Lucas Banks with her son Fred, and Daisy Elswick.

Congratulation to the LCC basketball teams on all their wins last week. Charlene and Rick’s son Blake Mason is the assistant coach and they were overjoyed when the boys won their game.

I had a surprise call last week from Linda Quillen Begley here on Colson. She said she had lots of old pictures that I could have and lots of them were of people our family probably knew. She had an 8×10 of my Uncle Ike Tackett and his wife Hattie Tackett. Then there were lots of old pictures that belonged to Georgia Bowen Rollins. She was the daughter of Arlie and Martha Taylor Bowen who lived on Colson. Linda was a caregiver for them and she also took care of my Aunt Hattie Tackett.

I wish they had written the names on all the pictures. They did some of them, but there are lots from an old school that was on Rockhouse and some from the Common School on Colson. I have no idea why it was called the Common School. I might have to ask Mr. Burkich about this. I plan on posting a lot of these to the Letcher County Genealogy page on Facebook to see if anyone knows any of the people. If anybody else has any pictures that you would like for me to put in The Mountain Eagle or post on Facebook, just let me know.

While here at Mom’s on Monday evening there was a prayer line call for one of our precious Letcher County senior citizens, Estil Taylor. He has been in the nursing home now for almost a year and now he has had a stroke and they have taken him to the hospital. He is the one that I would love to just be quiet and listen to how sweet he was when he would talk to all the others around him. He would also try to witness to some of the ones he sat with that told him they weren’t saved. He was there almost every day until he started having problems with his kidneys. Please keep Estil in your prayers.

All the others that are in the nursing home need our prayers, too. Mom’s sister, Linda Pennington Hall, is still there and maybe when it warms up Mom will agree to getting up there to see her.

Senior birthdays for the month of March are Richard Craft-6th, Susie Wise-10th, Jeanette Yonts (me) on the 18th, JoAnn Watts-19th, and Peggy Sturgill on the 26th. Others I want to mention are one of our neighbors, Stephanie Baker on the 2nd, Sonia Bentley Anderson on the 1st, and Sam Oaks on the 26th of February. Then my oldest grandchild, Seth Lennon Hampton, will turn 17 on the 3rd of March. He is so special to me and he is also my husband’s run around buddy. He goes deer and turkey hunting with him and more and they love each other’s company. The picture of him with my sister Delores and her oldest grandchild, Lauren Holbrook, was taken at Mom’s and Delores said she can look at this picture and remember the conversation that was taken place.

Of course, Seth was thinking, “She can’t talk plain.” And Lauren was thinking: “ He ain’t got good sense.”

Lots of other prayer requests besides Estil Taylor are Laney Webb, Brooke King, John Adams and his brother Larry Joe Adams, Judy Hampton, who had a pacemaker installed Wednesday of last week, and also remember the family of Mikey Bolling who will be buried this week. Please also remember all those that have lost loved ones especially Sandra Sexton Wilson and her siblings and children. Then, once again remember my pastor Bill Jones and all his family.

Repeating Oma once again, get yourself to church please! Actually, I don’t think she was this blunt.