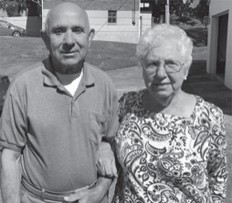 Ed and Betty Jo Webb Pike. She had a birthday on Feb. 1.

Mommy got a call the other day from one of her Marlowe Coal Camp friends, Bertha Paige Dye. My sister Delores was the one that was with Mommy, and Delores said Bertha was laughing so hard at our article in the paper last week that she couldn’t hardly talk to her for laughing. The story about us trying to figure out what that contraption was that Mommy found in her yard. She said the funniest part was when y’all decided it must’ve just fell out of the sky, off of an airplane or something.

Bertha said this story reminded her of something that happened to her and her husband, Bert. It seems Bert was hoeing their garden out and when he quit and came in the house, he told her he didn’t hoe the last row because there must have been some aliens out there, and they had left little white balls all over the ground. He said he was afraid to mess with them. Bertha told him, “No, they aren’t from aliens, go ahead and hoe there. That’s the mothballs I threw down to keep the snakes from coming in my garden.” 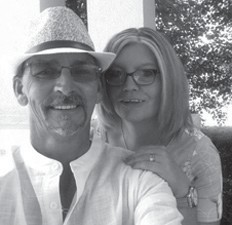 Tim and Kimberly Renee Pennington Lucas. Kim had a birthday on Feb. 1.

I called Bertha Monday from Mommy’s to make sure Delores had heard her correctly and when Bertha answered the phone she said, “Please don’t give me no bad news.” She was tickled to death that I wasn’t calling to tell her anything bad and she sounded so much better herself. She has almost completely recovered from COVID. She said she still gets pretty worn out pretty easy, but is much better.

Mrs. Shirley Sexton, if you are reading this, here is another school memory for your book. Bertha told me about one time at Marlowe School when they had a really bad snow and freezing weather. The teachers didn’t come out to school, but a lot of the kids didn’t know there wasn’t going to be any school and so they went anyway. They made them some paper cups from pieces of paper and brought water inside and started pouring it between the desks and made them a skating rink. She said they had the best time ever, but the next day when the teachers saw what they had done, they got a whipping. I wonder how many of the Marlowe Coal Camp people remember this. 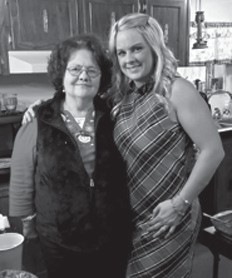 Nyoka Crawford and her daughter Amy Brock. Amy’s birthday was on the 1st.

Please be in prayer for our nation and all that is going on right now on the political scene. Other than prayer, I’m not sure there’s anything us little people can do. Also be in prayer for Zach Pease, Brenda Cupps with stomach cancer, and Jerri Shepherd with COVID. Mary Sue Pinyard fell and has some broken bones, Lee Breeding with a broken hip, and a special unspoken for my family. Also, as always don’t forget all those that are grieving over the death of their loved ones, especially my pastor, Bill Jones, and his family. 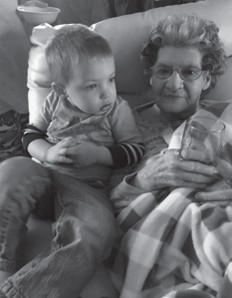 Cassie McCool-Solis is the author of two books, “ Who Could Love You More Than Me” and “If You’re From the Mountains.” 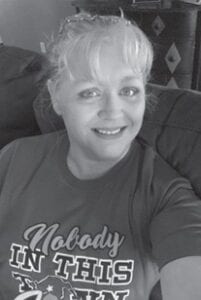 Krystal Quillen celebrated her birthday on the 1st.