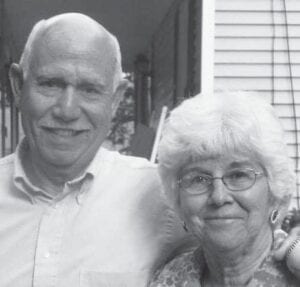 Well, my family was finally able to go on a little mini-vacation last week. We decided to just stay in the state of Kentucky and do things where social distancing was possible. Everywhere we went masks were mandatory and they were being worn.

We decided to take the grandkids to see Cumberland Falls. It was a really nice day and wasn’t very crowded at all. The falls were right at the perfect height, too. I have seen pictures on Facebook where there weren’t any falls at all because of so much rain and where they weren’t very wide at all because of too little rain.

After the falls we went on to Richmond and spent the night in a hotel. The next morning we went on to Williamstown and went to the Ark Encounter. It was a wonderful experience walking around with my 16-year-old granddaughter and getting her views on the whole happening of Noah and being led by God to build such a humongous structure. There were things that I thought should have been built out of logs and a lot more rough-looking, and I’m not so sure the animals were actually in cages as they had them depicted. I guess I just hadn’t thought about a lot of it. I guess they had to have all the water and food on the ark they would use for themselves and for the animals. I’m also not so sure about dinosaurs being on the ark as they said they were. In my opinion it wasn’t Biblical. 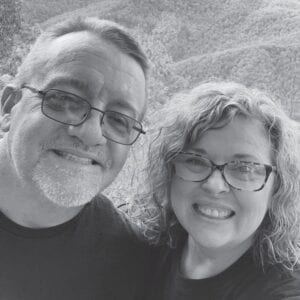 My husband and I decided we knew too much about the Bible to enjoy it as we thought we would. My two granddaughters, Drew Eden and Story Eliza Hampton, did do something that we all three enjoyed more than anything, though. We did the virtual reality ride. If you go to the Ark Encounter I advise you to do this. It is separate from the ark in cost, but it was well worth it.

We had to park and then walk to the building where the tickets were sold, and then we were to wait for the shuttle buses to take us up to the ark. As we were loading the bus, one of the drivers looked right at me and started telling me how there were wheelchairs, walkers, and motorized chairs for people that would have a hard time walking. I asked him how much walking are you talking. He said, “It’s a lot of walking, about 1,200 steps from where the bus lets you off to even get to the ark. Then once inside you are going to walk the length of the ark down and back on three different levels.” He was doing his best to convince me that I would need some sort of help. I didn’t know what to think. He was talking directly to me. I wanted to ask him what made him think I couldn’t walk that far. 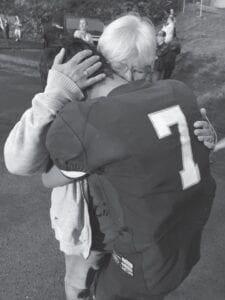 Jeanette Yonts’s sister-in-law Jenny Lynn Yonts’s sister, Suzanne Craft Ramsey, posted this picture on Facebook and it just depicts a grandparent’s love. “This was Gavin’s last night as a Pirate. He played his heart out. I will always be on the sideline cheering for my boys and Skye!”

I knew my family was going to have a ball out of this man trying to persuade me to get a wheelchair. And, believe me they surely did. They would ask me all along if I needed a walker. If I could see that man again I would tell him, not only did I walk the ark, but afterwards we walked the zoo, and to the virtual reality building and then back to the shuttle bus without skipping a beat. After the shuttle bus we also had to find our car in the parking lot. Have you all ever noticed how many gray vehicles there are in a parking lot these days? I have trouble finding my vehicle in the Walmart parking lot. The parking places aren’t numbered or labeled in any way, so if you go, just remember the most important thing is to remember where you park. 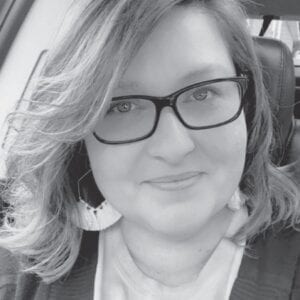 Monica Meade Morton celebrated her birthday on the 26th.

Laney Webb had doctor appointments last week and her family wanted to thank everybody for their prayers. Her blood counts and EKG all came back good. This Friday she has to have her teeth worked on and also another test she will have to be sedated for. So these will be done together. She is still not eating and so has to be fed through the tube. So, remember these things in your prayers.

Also, Margaret Nichols fell and has some serious broken bones and also a blood clot. Many of you may remember her as our former Circuit Court Clerk for many years.

A member of the Letcher County Senior Citizens, George McHone, lost his wife this past week. Pat McHone passed away Oct. 22, after a cancer diagnosis this past spring. George would always tell me how much he depended on his wife, especially after he suffered a stroke a few years ago. He said he didn’t know what he would do without her. Please keep him and all their children and grandchildren in your prayers for the coming months ahead.

My sister, Delores Holbrook, and her in-laws would appreciate everyone’s prayers for their brother Doug Holbrook. He is still having a really hard time with all the complications he is now facing after having COVID-19. Please be in prayer for all the others who are still struggling with it, too.

I would like to mention Roger and Pat Miles, who celebrated their 57th wedding anniversary on the 26th. Tonya Glispie Hall, Hannah Couch, Monica Meade Morton and once again our little Canaan James Holbrook had birthdays on the 26th. William Cook and Doris Dobbie Banks had birthdays on the 25th. Also, celebrating are Maudella Melton on the 27th, Angie Hatton on the 28th, and Kaci Lucas on the 30th.

Once again our pastor, Bill Jones, and his family desperately need our prayers for the upcoming court sessions. These were once again put off until some time in January now. Can you imagine how stressful this is on this whole family?

I’ll end here by saying once again what Oma would say every week, try to go to church this Sunday if at all possible.