Fantasia won’t be boxed in on ‘Sketchbook’ 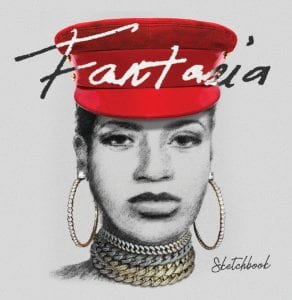 If you haven’t heard Fantasia’s latest singles, there’s an easy summary: one’s spiritual, another’s about sex, and both are worth a listen.

The singer draws from very different worlds on her latest album “Sketchbook” — crediting a higher power for her heavenly vocals on the upbeat “Holy Ghost,” then confessing the pleasure and peril of a good romp in the hay on the seductive T-Pain-assisted “PTSD” (short for “Post-Traumatic Sex Disorder.”)

Neither areas are foreign territory to Fantasia, whose powerhouse vocals earned her the title of “American Idol” back in 2004. Since then, the R&B world has seen tons of shift, with newcomers who seem more focused on creating “a vibe” and less concerned with (or capable of) the dramatic belting out that Fantasia’s known for.

And while Fantasia has injected some youthfulness into her production, the Grammy winner is staying true to her artistry on “Sketchbook,” her first independent release. She delivers the fullness of her voice on the sexy, guitar-laced “Believer” and the easygoing “Enough”; pours her honeyed vocals over the island-influenced beat of “Take Off ”; and experiments with a rock feel on “Warning.”

Fantasia’s gospel roots remain strong, of course, and fans will be delighted with “Looking for You,” which features the singer’s mom, Mama Diane.

Fantasia makes “Sketchbook” a work of art, all her own.

Beef Up Your Menu with a Trendy Twist on SushiRecipe for healthy heartStones tix on sale Wed., Fri.