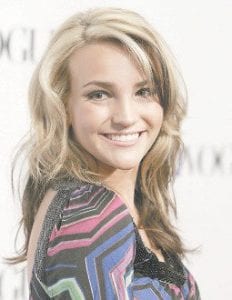 Less than two weeks ago, the producers of Jamie Lynn Spears’ hit TV show “Zoey 101” were wondering how fans might react to a plotline that had her character thinking of leaving her fantasy land boarding school.

Now that Spears has disclosed that she’s pregnant, the network has an even bigger, real-life plot twist to wrestle with.

The news came at an awkward time. The fourth season of the show has already been shot and is set to begin airing in February on Nickelodeon.

Executives must now figure out how to promote a program aimed at preteen girls whose 16- year-old role-model has tumbled from her pedestal.

It doesn’t help either that Spears is the younger sister of tabloid wild child Britney Spears, the one-time Disney Mousketeer who has been locked in a bitter court battle for months with exhusband Kevin Federline over custody of her two young children.

“The whole Spears family seems to be a disaster scenario,” said media consultant Jonathan Taplin, who is not connected to the show.

For now, Nickelodeon is standing behind Jamie Lynn Spears and the show.

Her picture is still featured prominently on the Nick.com Web site, and the “Zoey 101” message board is still open, although there is no mention of her pregnancy or her relationship with Casey Aldridge, her baby’s teen father.

“Nickelodeon hasn’t announced any schedule changes,” network spokeswoman Marianne Romano said when asked if the show’s fourth season would go ahead as planned.

Nickelodeon officials declined to say whether Spears would continue to promote the show with personal appearances and taped announcements. Spears’ spokeswoman, Holly Shakoor, did not respond to phone and e-mail requests for comment.

In an interview with The Associated Press a month before her announcement, Spears made no mention of her pregnancy, saying among other things that she was looking forward to going skiing over the Christmas and New Year’s holidays.

The usually self-assured young star did express uncertainty about her future.

“I guess it will all fall into place. You know?” she said.

Production on the show’s fourth season was completed months ago, and the network had said even before Spears’ pregnancy announcement that there were no plans to film any more episodes.

The fate of the upcoming season is likely in the hands of Spears’ audience, with the network forced to wait and see how reaction plays out, Taplin said.

“I don’t think the ‘PR Consultant’s Emergency Manual’ has a section on children’s stars getting pregnant,” he added.

Nickelodeon spokesman Dan Martinsen has said the network is considering addressing the Spears pregnancy issue by having veteran newswoman Linda Ellerbee, who anchors its “Nick News” children’s specials, host one about sex and love.

Spears’ pregnancy was the talk of the campus at a suburban Los Angeles middle school, where a handful of preteen “Zoey” fans said they were shocked and disappointed in the teen star.

“It’s disappointing because you looked up to her and now she’s going like her sister,” said 12-year-old Stephanie Noriega. “She used to be smart and everything and not do anything bad. And now she’s starting to.”

Sixth-grader Isabella Galeazzi said she likely would continue to watch the show, although she thought Spears’ behavior “sends a bad message” to her fans.

Like other students, she said her parents had discussed Spears’ announcement with her but had not told her to tune the show out.

“My mom said it’s like OK because it’s just a show, she’s just an actor. It’s not like Zoey is really her,” Galeazzi said.

Spears actually has handled the situation about as well as she could under the circumstances, said veteran Hollywood publicist David Brokaw.

“She was very forthcoming,” Brokaw said. “If you want to do proper crisis management, the best thing to do is come forward and be candid and direct about what happened and you can avoid a lot of unpleasant consequences.”

Still, he said, her announcement represents a public relations problem for the network in terms of viewership.

“She’s a role model, and you just hope that parents and others that deal with parenting will come forward and say she made a mistake,” Brokaw said. “This is not a model for what a 16-yearold should be doing.”