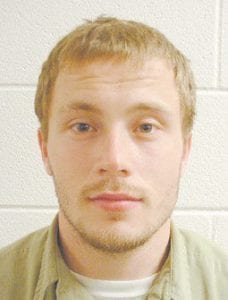 The father of a Letcher County man who will be released from prison soon after his conviction for reckless homicide was overturned is demanding an apology from local police and court officials who prosecuted his son.

The Kentucky Supreme Court last week let stand a Court of Appeals ruling which found that Jason Ray Ison, 24, was wrongly convicted of six criminal charges filed against him after his wife and two other passengers in his car were killed in a traffic accident near Whitesburg in October 2005.

“They have destroyed him,” Ison’s father, Gary Brashears of McRoberts, said after the Supreme Court announced its decision not to review the case. “They owe him an apology to sa y the leas t.”

In September, a three-judge Court of Appeals panel reversed the April 2007 conviction of Ison and ordered the dismissal of charges of first-degree assault, first-degree wanton endangerment (two counts), and reckless homicide (three counts). The appeal was filed on Ison’s behalf after he was sentenced to 18-1/2 years in prison.

The ruling did let stand Ison’s misdemeanor convictions on charges of having defective equipment on his car (bald rear tires) and failing to have automotive insurance.

The Appeals Court ruling said the jury was not presented with enough evidence against Ison to support its “clearly unreasonable” finding that Ison was acting “with criminal conduct” when he lost control of the Ford Mustang he was driving on KY 15 near Van and crashed it into an oncoming vehicle driven by Tracy Craft.

Killed in the wreck, which occurred on the rainy afternoon of October 21, 2005, were Jason Ison’s wife, Misty, his best friend, Jimmy Boggs, and his cousin, Allen Bailey. The impact also resulted in a severe leg injury to Ms. Craft. Two passengers in her SUV were not injured.

In reversing Ison’s conviction, the Appeals Court panel agreed with Ison’s argument that a directed verdict of not guilty should have been issued on Ison’s behalf after it became clear during the trial that “there was insufficient proof” that Ison was behaving under “circumstances manifesting extreme indifference to the value of human life” when the wreck occurred.

The Appeals Court panel found there was no evidence presented in the trial to show that Ison “was impaired by any substance at the time of the collision, or that he drove recklessly or above the speed limit before the collision.” The panel said “driving a vehicle with worn tires did not constitute criminal conduct.”

“He’s been done wrong and we finally got justice,” said Brashears. “I think he was done bad wrong by the Whitesburg courthouse. They should have dismissed it. He was sent to prison because he had two slick tires on his car and that is wrong. They just treated him like some kind of dog that needed to go to jail.”

Ison was represented during his appeal by Roy Alyette Durham, an attorney with the Department for Public Advocacy in Frankfort.

Durham said the state’s highest court handled Ison’s case in a timely manner and kept Ison from waiting in prison for a longer period.

“I do want to compliment the Supreme Court,” said Durham. “They actually moved through it pretty quickly and denied the appeal. He could have actually sat in prison for another year waiting.”

Durham said he finds it sad that Ison has had to serve time in prison.

“I cannot believe the Commonwealth went this far with the charges,” said Durham. “There’s just no case law in Kentucky or anywhere else that talks about bald tires being reckless conduct. Not being able to pay for new tires is not cause for wanton behavior.”

Will Collins, directing attorney for the Hazard office which handled Ison’s motion, said people are supposed to be punished with jail time for committing criminal acts, not acts of negligence.

“The distinction that has to be made is what is a criminal act and what is mere negligence,” said Collins. “I think that is the error that was made in this case.”

Durham said the original order of the Court of Appeals must now be sent to the Department of Corrections to begin the process of releasing Ison from the Little Sandy Correctional Complex in Sandy Hook. Durham said a date will soon be set for Ison to appear before Judge Sam Wright in Letcher Circuit Court to dismiss the felony charges against Ison.

Durham said Ison “was just extremely ecstatic” when he found out the Supreme Court had denied an appeal filed by the Kentucky Attorney General’s Office.

“He is just excited about getting out and wanting to see his kids and grandmother,” said Durham. “I’m happy for Jason. I’m happy for his family. Hopefully he can be reunited with his kids and we can put this behind us.”

“He would have been better off dead in the car wreck than to go through what he has,” said Brashears, adding that Ison hasn’t been able to see his two children since the wreck.

“It’s been an awful mess,” said Brashears. “It could be turned into a good movie.

“He is a free man when that paperwork is done,” said Brashears.