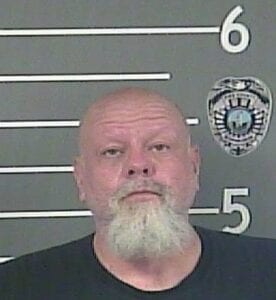 A Whitesburg man who pleaded guilty to drug trafficking in U.S. District Court in 2014 was arrested by U.S. Marshals this week and returned to jail.

Curtis Venters, 48, pleaded guilty in 2014 to conspiracy to distribute oxycodone, which he was accused of bringing into Kentucky from Florida.

Venters was sentenced to 14 months in prison and four years supervised probation.

Federal authorities began trying to revoke his probation in 2016, but the case had been inactive for nearly a year.

The Marshals Service, along with local authorities, arrested Venters again Monday at Parkway Inn on a federal warrant for probation revocation and lodged him in the Pike County Detention Center.

A video hearing on his revocation is scheduled for 4:30 today in London.