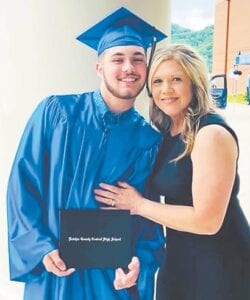 Of all the beautiful places in Letcher County, in my opinion, Fishpond Lake at Payne Gap is the prettiest. My husband and his three brothers have fished this lake since they were young teenagers. They have taken their families there for campouts many times. They have boat fished it and bank fished it. My husband has taken thousands of pictures there of ducks, loons, coots, geese, and even an eagle. Come to think of it many years ago there was an albino ground squirrel he discovered one day when he was bank fishing.

These pictures have been taken during every season of the year. I know many other photographers, professional and amateur, that love using this lake for their backgrounds. Ella Mae Fields Caudill, one of my friends on Facebook, posts pictures of the lake probably more than anybody else.

On our walk around Fishpond this evening, it tickled my soul to see all the people and the various ways they were enjoying the lake. There were people fishing, families kayaking in the upper end, others were starting to set up their campers to camp, and still others were setting out their food to enjoy a good ole cookout. I have wondered through the years why the county doesn’t set up a lodge of some type there where the tennis courts and basketball court used to be. I think bathrooms, a restaurant that had some of the lake’s various fish on their menu, and a souvenir shop of some sort, would bring in lots more tourists to our county.

Lots of people, including my husband, like it the way it is though, “our little hidden gem of the county”.

It was so good to see all the pictures of the graduation ceremonies in the county, all done according to the COVID-19 rules and regulations. Where there’s a will there’s a way. So many of my former students are still my friends on Facebook and I have been able to stay in touch with them and have watched them grow up on social media.

I saw a picture on Facebook where Diann Bolling, a kindergarten teacher’s aide at Martha Jane Potter Elementary, was giving her youngest grandchild, Paylan Bolling, a hug as they picked up their belongings and said their goodbyes to the staff. This grandchild will be her last to leave MJP and go on to Fleming-Neon Middle School. Diann has been employed at Martha Jane Potter for many years and when my grandkids were in Ms. Sarah Oakes’s classroom, Diann was the aide then, too. Because she had one of her grandkids in that room that year who called her “Mamaw”, that’s what my grandkids called her. They continued to call her this even after they left kindergarten. 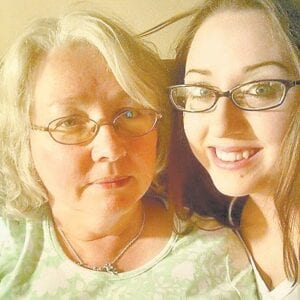 Teresa Glispie, who celebrated a birthday May 20, and her youngest daughter Jasmine Glispie Dollarhyde

There were so, so many birthdays mentioned on Facebook this past week. My husband’s last living uncle, Don Bailey, turned 82 years old on the 19th. Judy Howard Greene and Teresa Glispie both had birthdays on the 20th. One of our brothers from Letcher Independent Baptist, Adam Bentley, celebrated on the 21st. Doug Chandler and Rosalie Holbrook Gilliam both had birthdays on the 22nd. Jerry Cook, otherwise known as Pooch or Poochie, had a birthday on the 25th. Last but not least, our middle grandchild, Drew Eden Hampton, will have her 16th birthday on the 28th. 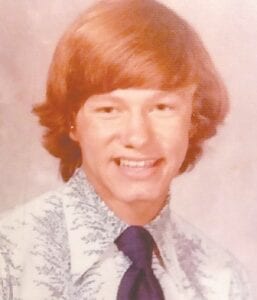 Jerry Cook celebrated a birthday on the 25th.

Laney Webb seems to be doing much better. The post that follows was posted by her mom, Michelle Webb.

“Laney loves to get out and ride around we don’t stop anywhere just cruising around Cincinnati she gets so excited. Laney does this thing when she breathes she will drop her head over like she’s trying catch her breath and then take a deep breath. She has done it ever since she came off oxygen this last time so they have made plans to do a sleep study & they plan to wash her lungs out to see if they find any infection. We are hoping they find nothing and it’s just a habit she has picked up. She will have one more bone marrow biopsy and lumbar puncture. The plan is still to be home around the first of July.

“Please keep praying, we all know that the power of prayer is what has got her this far. Please also remember Caisyn and Callie when you pray they both have a lot going on right now.” 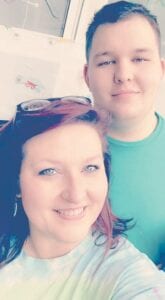 Also keep praying for Betty Kincer as she recovers from her surgery. Then my aunt, Linda Pennington Hall, has been admitted to Whitesburg Appalachian Regional Hospital. She has lots of problems with her lungs and many diabetic problems with her legs and feet. Please pray for her and for our Mommy as she deals with all this. This is her only living sister.

Once again I beg you to please be in prayer for our pastor, Bill Jones, and his wife Sandy. As court begins to open back up hopefully their case can be brought back to the schedule and this ordeal with their son’s murder will finally be brought to trial.

If your church is having services now and you are comfortable with attending try your best to be there. I know that is going to be different for different situations. However, I did feel much more safe being there than being in Wal-Mart.