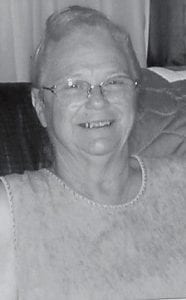 Five Jenkins residents will be presented with Citizenship Awards at the Jenkins Homecoming Days Festival on Saturday, August 25. Plaques will be given to Mary Ann Mullins, David Little, Paul Thomas “Tommy” Greer, Sara Dunlap, and James “Jim” Elswick at 4:45 p.m. on the festival stage.

Voting for a single outstanding citizen was hopelessly deadlock, said Festival Chairman Chuck Anderson. “This has been the year of volunteerism in Jenkins,” he said. “There is a new community spirit and dozens of our citizens have volunteered to serve on the many committees established by Mayor Charles Dixon. Our committee decided that five of our citizens stood head and shoulders above the crowd and all will be honored with a citizenship award.”

Those to be honored are:

• Mary Ann Mullins, 49, a lifelong resident of Jenkins and the daughter of Burley and Arietta Greer. She has three brothers and a sister and attended Burdine Grade School and Jenkins High School. She recalls that when she was in high school she worked in the school cafeteria so she could earn a free meal, and worked the concession at the ball games so she could get into the ball games for free. She married the late Carlos Mullins in 1956. They have three sons, Roger, Tim and Shawn. Mary Ann says she was blessed with three wonderful daughters-inlaw. She has four grandsons, a granddaughter, and a greatgrandson. 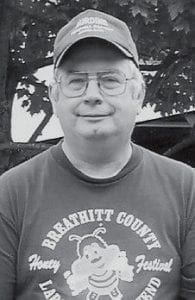 Most of her life was spent being a devoted wife and mother, but she always found time for civic endeavors. She has been a member of the Ladies’ Auxiliary of American Legion Post #66 for 50 years. Currently she is the president and is also president of District 10 American Legion. She is the past worthy matron of Eastern Star, Pine Mountain Chapter #247.

When her kids were in school she served as president of the Burdine PTO. Later, when her kids were in high school playing football, she was active in the Quarterback Club (boosters). Later she worked as supervisor in the Jenkins Senior Citizens Center for eight years. 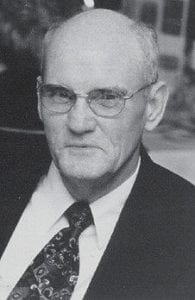 She is a member of the Burdine Freewill Baptist Church. Her hobbies include canning and sewing. Quilting is her passion. Mary Ann spends much of her time compiling a history of the Jenkins veterans who served during World War II.

• David Little, who has resided in Jenkins for the past 31 years. He is the son of the late Myrtle and Shird Little of McRoberts. He was born in 1948 in No. 15 Hollow of McRoberts, and has 13 brothers and sisters and four half-brothers and halfsisters. His parents operated the S.W. Little Grocery in 15 Hollow. He attended school at McRoberts and Jenkins High School and graduated in 1967.

After high school he worked in Ohio for seven years and then returned home to the mountains to stay. He worked for FMC Corporation and Southern Mine Hydraulics and retired in 1996. He married his late wife, Janis Hughes, in 1969. Janis died of cancer in 2006. They have a son, Patrick, and a grandson, Brandon. Brandon attends Jenkins Elementary School, Burdine Campus. 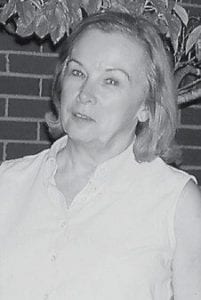 David is a tireless worker in the community. He is president of the Burdine PTO. Under his leadership they have raised money to buy a marquee for the school, playground equipment, and curtains for the stage. Each Friday the PTO awards the kids with ice cream, slinky apples, fruit drinks popcorn, and such at cost. Throughout the year he raises money by working concessions at the ball games and selling homemade candy to fund numerous projects.

David also finds time to volunteer for the Cumberland Mountain Arts and Crafts Council in Jenkins, and the Jenkins Homecoming Days Festival Committee. His hobbies include woodworking, candle making, and being a loving grandfather to Brandon. He is a member of the Burdine Freewill Baptist Church.

• Paul Thomas “Tommy” Greer, who was born and reared in Jenkins. He is the son of Conley Greer and Sarah Ann Mullins. He has four brothers and sisters. 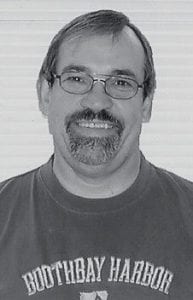 Tommy was a big ol’ boy who looked much older than his actual age. At age 13 he dropped out of school and began working in a steel mill in Ohio. He enlisted in the Air Force when he was 14 years old and served a four-year hitch which included a 13-month tour in Korea during the Korean Conflict. After he was discharged from the Air Force he worked several years in Indiana and Alabama, then returned to Jenkins in 1963. He later earned his high school equivalency diploma through the GED program.

He worked a couple years for a contractor installing telephone lines in and around Jenkins, then began working for Beth-Elkhorn Corp. in 1965. During his 25- year career with Beth-Elkhorn, he worked as a production worker in an underground mine, section foreman, and shift mine foreman at four different mines.

He was married to his late wife, Mary “Pug” Gambill, in 1962. They have two girls, Melissa Ann and Mealine Kaye, and two grandchildren, Jessica and Emily. He was been married to Peggy Hunsaker Tucker since 1992.

Since retirement Tommy has been a volunteer with the Old Jenkins School Committee, the Senior Citizens Program, and the Jenkins Homecoming Days Festival Committee. His hobbies include golfing, line dancing, and square dancing. Tommy is a member of the Masonic Lodge and the Jenkins United Methodist Church.

• Sara Dunlap, who was born in Jenkins to Ruby Hibbitts and Clifford Dunlap. Her dad was an Air Force career man, consequently her family moved a lot. She attended Jenkins Elementary School in the first grade before the family moved away. She returned to attend the ninth grade for two months.

While she was growing up, her family lived in Kentucky, Virginia, Washington, D.C., New York and Alaska. She graduated from Anchorage High School in 1958. She got married and lived in several states along the West Coast. They had a daughter, Gigi, and two grandchildren. Her daughter still lives in Tacoma, Wash.

Sara worked in mortgage, lending, and related real estate businesses. She returned to visit Kentucky in 1967 and again in 2004 As she approached retirement, she decided that she was tired of the big city life and the small mountain town of Jenkins suited her just fine.

Now in semi-retirement, she has worked locally at Food City, The Dollar Store, and the Ermine Senior Citizens Center. Since settling down in Jenkins in 2005 she has been among the most visible volunteers in the city. She is an active member of the Old Jenkins School Committee, the Cumberland Mountain Arts and Crafts Council, and the city’s Beautification Committee. During the early summer drought she was seen daily along Main Street planting flowers and carrying buckets of water to keep them alive.

She is active in the Jenkins United Methodist Church and is a volunteer at the Jenkins Senior Citizens Center. She attends most city council meetings and fiscal court meetings. Her hobbies include sewing and quilting and she loves country music and bluegrass music.

• James “Jim” Elswick, the son of Curt Elswick and the late Evelyn Elswick. He was born and reared in Jenkins and has lived his entire life here except for his service time in the U.S. Air Force. He is married to the former Jeri Lee Carter. They have been married for 41 years and have two daughters, Tracy Branham and Lisa Branner. They have beautiful twin granddaughters, Katelyn and Jaylee Branner. Jim worked for Beth-Elkhorn Corp. for many years. He is now employed by Medi-Home Care of Mayking.

Jim worked with the Jenkins girls’ basketball program as an assistant coach, bus driver, and confidant to the girls from 1986 through 1992. He also assisted the Jenkins track team during the same period. Jim was the timekeeper for the football team for 20 years, and drove the bus to the summer camps, state tournaments, and any other events that the children of Jenkins were attending.

Jim is a big sports fan and loves watching his beloved University of Kentucky Wildcats. His son-in-law is on the coaching staff with the Virginia Commonwealth University basketball program. Last year their team beat Duke University in the NCAA playoffs.

Jim is a deacon in the Burdine Freewill Baptist Church and he is always there to lend a hand with fund-raising projects for the church and the community. Jim can also be heard on the Christian radio station talking to children who have lost their fathers and need a male figure with whom to talk. He headed the St. Jude Bike-a-thon from 1980 through 1983. He also teaches Sunday School and Bible School and drives the church bus.

Jim has always been a vital member of the Jenkins community and is always willing to lend a helping hand to anyone who needs him.