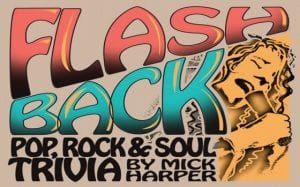 2. In what consecutive years were these Elvis singles released: “Heartbreak Hotel,” “All Shook Up” and “Don’t”?

4. Which group released “Heartache Tonight” and “In the City”? Bonus for knowing the name of the album both songs appeared on.

5. Which Motown group had a hit with “It’s the Same Old Song,” and when?

1. The Allman Brothers. The album version was seven minutes, but it was stretched to 13 minutes on the live “At Fillmore East” double album.