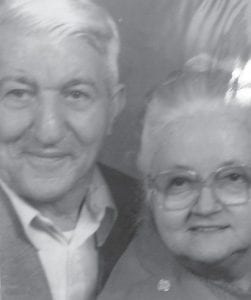 I know a lot of you remember the man Paul Harvey with his spot on the radio years ago called “News and Comment” with the “Rest of the Story” segments. Well, I remember listening to this commentary, “If I Were the Devil,” many years ago and thought, “He is right on.”

After the innocent people were murdered in Florida last week I immediately thought of it again and, with a little research on the Internet, I found this version. This isn’t the original one, which was broadcast in 1965 after appearing in Mr. Harvey’s newspaper column the year before. This one is the updated version, which Mr. Harvey published in his newspaper column in the summer of 1996.

If I were the prince of darkness, I would want to engulf the whole world in darkness.

I’d have a third of its real estate and four-fifths of its population, but I would not be happy until I had seized the ripest apple on the tree — thee. 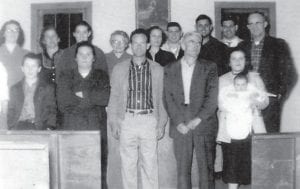 So, I would set about however necessary to take over the United States.

I’d subvert the churches first, and I would begin with a campaign of whispers.

With the wisdom of a serpent, I would whisper to you as I whispered to Eve: “Do as you please.”

To the young, I would whisper that the Bible is a myth. I would convince the children that man created God instead of the other way around. I’d confide that what’s bad is good and what’s good is square.

And the old, I would teach to pray after me, “Our Father, which are in Washington …”

Then, I’d get organized, I’d educate authors in how to make lurid literature exciting so that anything else would appear dull and uninteresting.

I’d peddle narcotics to whom I could. I’d sell alcohol to ladies and gentlemen of distinction. I’d tranquilize the rest with pills.

And with promises of higher ratings, I’d have mesmerizing media fanning the flames.

If I were the devil, I would encourage schools to refine young intellect but neglect to discipline emotions. I’d tell teachers to let those students run wild. And before you knew it, you’d have drug-sniffing dogs and metal detectors at every schoolhouse door.

Within a decade, I’d have prisons overflowing and judges promoting pornography. Soon, I would evict God from the courthouse and the schoolhouse and then from the houses of Congress.

In his own churches, I would substitute psychology for religion and deify science. I’d lure priests and pastors into misusing boys and girls and church money.

If I were the devil, I’d take from those who have and give to those who wanted until I had killed the incentive of the ambitious.

What’ll you bet I couldn’t get whole states to promote gambling as the way to get rich?

I’d convince the young that marriage is old-fashioned, that swinging is more fun and that what you see on television is the way to be.

And thus, I could undress you in public and lure you into bed with diseases for which there are no cures.

In other words, if I were the devil, I’d just keep right on doing what he’s doing.

I just find myself at a loss for words when it comes to the evil that took place in Florida last week. It breaks my heart to think that our children and grandchildren are afraid to go to school and live in this world as it is now. I take my grandkids to school in the mornings and we have prayer every morning before they get out of the car. We ask God to protect them and keep them safe.

Speaking of prayers, Lorraine and Junior Kuracka surely need ours. Junior is now in Pikeville Medical Center with many different health issues. Also, my aunt Linda Joyce Hall is still in Letcher Manor Nursing Home. Mom and I haven’t been to see her recently because we are afraid Mom will come in contact with the flu. Then after Mom fell and hurt her rib she has been sticking close to home.

Also please pray for David Pennington, who will be having the filter that was placed in his stomach last year removed. It was placed there to make sure a clot didn’t pass through to his heart, lung, or brain. His aunt, JoAnn Howard Brown, asked that we remember him and his brother, James, with his diabetes problems, and their sister, Kim Lucas, who had an angiogram of the brain to check the two aneurysms she had fixed and to check the one that was not big enough to fix. She said everything turned out great. The two that had been fixed were fine and the other one had not gotten any bigger. So, we praise God for that.

I’m posting a picture this week of Russell and Bernie Howard that was posted on the Facebook site “Growing up in Marlowe Camp” by their daughter-in-law, Norma Howard. There were so many comments made under this picture about the characters of this husband and wife. I don’t really remember much about them though, other than Russell was Bill Howard’s brother and I couldn’t tell them apart. They had the same looks and the same voice. Here are a few posts that were made under the picture.

Jo Ella Taylor Sturgill: Love this. Thanks for sharing. Brings back precious memories.

Doug Profitt: Man I sure remember these two. Great people.

Billy Hatton: Bout as fine a couple as there ever wuz! Loved ’em dearly!

Toni Stidham: Sure remember these two.

Margaret Combs: Oh my! Two wonderful sweet people. I remember them so well. Thank you for sharing.

Norma Howard: I love the response that we have received.

Jean Adkins: My mom and dad worked so hard — do miss them.

Norma Howard: This has been so amazing. So many have remarked that they knew them and that they were special. Thanks everyone. How do you like the (photo) I posted of Jim, Imogene, Cecil and Wanda Gay taken a few years ago, like maybe, oh I don’t know, 50 some?

Jo Ella Taylor Sturgill: Cecil was my boyfriend for a while.

Norma Howard: This is the only man I ever met who had as many daughters-inlaw, of which I am the oldest. … not one of us ever said or even thought anything but loving thoughts about him. I had a lot of conversations with him throughout the years we had him and I always came away smarter and thankful for him. He is missed.

Mary Bealer: I remember how she would pray for me and Hugh Pennington. We lived close to them; very good Christians.

Sally Necessary: I ate many a plate of soup beans and cornbread at their table. They were two of my favorite people. Walter and I ran together until we both left Marlowe two days after we graduated high school on a bus headed for northern Virginia.

I’ll end here by saying what Oma Hatton always said: Try your best to be in church Sunday. And if your church has services Sunday evening or throughout the week, God would want you there then, too.