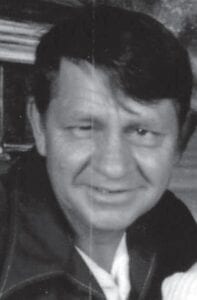 Born in Ohio to the late Raymond Pinyerd and Gertrude Riffle, he was the father of the late Jack Pinyerd.

After retiring, he enjoyed working on small engines and his ’57 Chevy.

Surviving him are his wife Sue Pinyerd, to whom he was married 61 years; three sisters, Linda Stithem and Shirley Hackley, both of Marysville, Oh., and Kathy Trimble of Waco, Tx.; two children, Timothy Pinyerd and wife Ying of Victoria, Australia, and Sarah Creighton and husband Andy of Sardinia, Oh.; three grandchildren, Justine Pinyerd, Logan Creighton, and Cierra

Funeral services were held June 9, at the Letcher Independent Baptist Church. Burial was in the Johnson Cemetery at Littcarr.