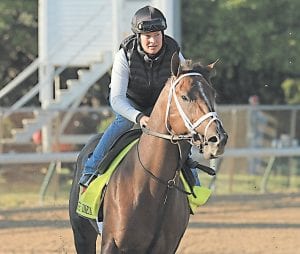 The Kentucky Derby, the most famous two minutes in sports, takes place this Saturday at Churchill Downs in Louisville.

My pick for the winner? Carpe Diem across-the-board.

Last time I picked a Derby winner Ronald Reagan was still alive, the UConn men and women teams won the NCAA, Tubby Smith was still in Lexington and Smarty Jones would also win the Preakness.

My methodology for picking a Derby winner is quicker than Calvin Borel’s silver tongue, but less scientific than “bracketology.” The name. Carpe Diem is four syllables, a Latin aphorism for all of us, seize the day!

Our Kentucky Derby. Between the Slows (hot air balloons, paddle wheelers and “did ya see who’s here?” and the Quicks (Mint Julep or a few brews, a few ogles at pretty ladies under wacky hats). At around 6 o’clock, a horse race after a portly guy with the long horn primes our pride for My Old Kentucky Home.

Our Run for the Roses. Put away your cell phone or you will see Derby 141 on the 11 o’clock news. For folks who shrug at the overdone pageantry, a TV replay is quite enough. 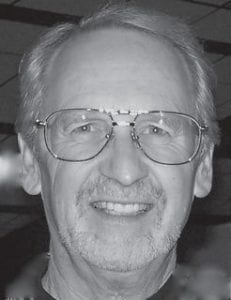 For more than a century our Run for the Roses has inspired more elegant prose (and not), bad poetry, books written and movies made, than any two minutes about anything on the planet.

Native born Kentuckian, Irvin Shrewsbury Cobb, born in Paducah but gone to New York in the early 1900s, wrote, “Until you go to the Kentucky Derby with your own eyes, behold the Derby, you ain’t never been nowhere and you ain’t never seen nothing.”

Derby 141 is another chance to get it right. Make mine Carpe Diem across-the-board.

For those touring ex-Kentucky players who have cashiered UK fans (money-for-autographs) the last few weeks while waiting for the NBA Draft in June, reality awaits. v Feed trough for the NBA. Run by plantation profiteers willing to dump regular season games to elevate draft positions and sign the next new toys. v Washington Wizard Paul Pierce on teammate Otto Porter’s lack of attitude required in the NBA told ESPN: “… kid just needs to get mad. If he came to practice ticked off and to games ticked off, he’d be fine. … I should punch him one day just to get him riled up.”

And, for the next crop of oneand doners … v Former Big Ten basketball player at Michigan e-mailed a UK hoops web site: “… last couple of years I’ve been a great Kentucky fan. I wish the kids would have stayed in school longer and really learned college basketball. One year and out is not good for any program. This year’s team had its moments, but believe me there are a lot of teams that could have beaten Kentucky.

“When and if (those who declared for the NBA draft) get to the Big League they will find out how much more they could have learned at the college level. Plus education should come first.”

“People have to decide, do I want to pay 25 or 30 bucks to see a college scrum where everybody misses six of out every 10 shots, or do I want to go to a movie?’”

Auriemma added, “There are only like 10 teams in the top 25 that play the kind of basketball that you like to watch. And every coach will tell you it’s because of great defense, great scouting, a lot of film work … Nonsense. Nonsense.”

A sterling résumé. In nine seasons his teams won 227 of 284 games. He was Kentucky coach of the year in 1967 with name is in the Kentucky Hall of Fame.

The best part? Fox’s legacy: He earned a Doctorate in Education from the University of Kentucky and retired as a tenured professor at Murray State University. Dr.Bob Fox.

Before the Wisconsin- Kentucky game, a former Lexington Tates Creek High basketball player living in Arizona called home to ask what sort of team the Badgers were.

Now at ESPN, Horn was relentless and team-first. An All-Stater at Tates Creek, he led the Commodores to the Sweet 16 finals in 1991.