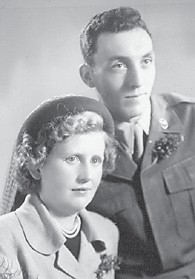 A son of the late Elijah and Nola Cook Richerson, he attended Whitesburg High School, worked for the Civilian Conservation Corps, and was a 10-year veteran of the U.S. Air Force. While stationed in Germany, he met his wife of 59 years, Hemine, who survives him.

He was a brother of the late Herman Hall, Can Richerson, and Audrey Lawrence.

Richerson was a truck driver in Cleveland, Ohio, for 45 years. After retiring, he and his wife moved to Florida.