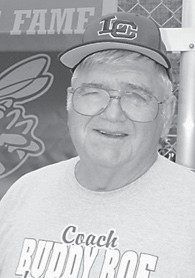 A son of the late Doyle and Laura Griffith Roe he was also preceded in death by two brothers, Charles and Cecil; a sister, Linda Lou; a nephew, William Cooper Roe; a daughterin law, Danna Eberhard Roe; and a brother-in-law, William Henry Richardson.

Roe taught in the Letcher County school system for 31 years. He was head baseball coach at Whitesburg High School (WHS) from 1961 to 1984 with a career record of 238-169. His teams were champions of the Eastern Kentucky Mountain Conference (EKMC) six times, and runners-up in the district seven times.

Roe was a staff member of Morehead State University’s baseball for 10 summers, and worked with the Cincinnati Reds tryout camps at Somerset and Hazard for two years.