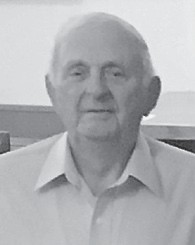 Born in Flint ( Kingscreek) to the late Charlie and Victoria Ingram Boggs, he was a brother of the late Ivard Boggs, Vivian Combs, Reva Cornett, and Ina Hubbard.

He was graduated from Whitesburg High School in 1953, and attended Lee’s Junior College, then accepted his first teaching assignment at the one-room Upper Dry Fork School in the fall of 1954.

After teaching for one year, he joined the United States Army, and was trained as a paratrooper in the 101st Airborne. After serving in the military, he resumed his teaching career and taught in several one-room schools in Letcher County.

Mr. Boggs was a 1963 graduate of Pikeville College, and was among the first group of teachers assigned to Cowan Elementary, where he was the school’s first coach, coaching football, basketball, and softball. He was responsible for selecting the school’s Bulldog mascot, and the colors of blue and white.

Mr. Boggs was a longtime church deacon and was a member of Premium Baptist Church.

Funeral services for Mr. Boggs were held June 10 at Letcher Funeral Home in Whitesburg. Burial was in the Benjamin H. Brown Cemetery at Dry Fork.

A celebration of life event will be held at a later date.