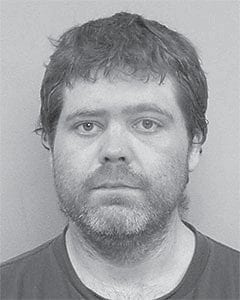 Clayton Davenport was being held in a mental health facility after the death of Christopher Shane Toth in Nashville. Toth is formerly from Jenkins.

The man who police say killed former Jenkins resident Christopher Shane Toth during a dispute in Nashville, Tenn., last week was being held in a mental health facility this week while the death investigation continued.

Toth, 42, was killed on the night of October 18 during a dispute with 29-year-old Clayton Davenport outside Davenport’s home at 1415 Ocoee Trail in the Madison neighborhood of Nashville.

Nashville Metro Police Det. Jim Fuqua said no charges have been filed yet. He said the case is still under investigation and will be sent to the district attorney’s office and will most likely be presented to a grand jury.

Fuqua said the men were friends and had been drinking at Davenport’s house before the incident. 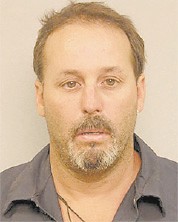 A memorial service for Christopher Shane Toth will be held Saturday.

“They got into an altercation outside the home,” said Fuqua. “Mr. Toth took a blow to the head which killed him.”

Fuqua confirmed that Davenport is in a mental health facility for various reasons.

Fuqua has taken statements from several witnesses and Davenport.

A neighbor told detectives that when he saw the two men yelling at each other, Toth was armed with the tree limb. Davenport ran into the house, the witness said, and Toth kicked at the door and broke out the front window. The witness said Davenport came outside from the rear of the house carrying the ax handle, and that Toth hit Davenport with the tree limb. Davenport hit Toth with the ax handle and Toth fell to the ground. It has not yet been determined how many times Toth was struck.

A memorial service for Toth will be held this week in Jenkins on Saturday.