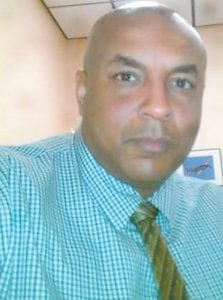 Now working as a detective with the Lexington police, Williams was a member of the teams under Coach Jim Reid that helped Georgetown College men’s basketball establish national prominence in the NAIA.

“ Johnny came along when we were really formulating our team and when we recruited him out of Jenkins until he graduated, we really saw growth and development that made it possible for us as a team to grow and prosper,” said then-Georgetown College assistant coach Happy Osborne. “He was one of the better players, and more importantly a solid man doing things right on and off the court. I’m proud of who he has become, the dad he is and the accomplishments in his career as a cop and now detective. I’m always hearing praises about him and am glad he is receiving this honor.”

Conference (KIAC) regular season and tournament championships in 1994, 1995, 1996. He was team captain in his junior and senior seasons, scoring 1,637 points during his career. His record is currently 14th all-time in the 1,000 Point Club at Georgetown.

Williams had 194 steals in his four years, currently fifth all-time. In his senior season, he was named All- KIAC and Basketball Times All-American.

Since 2001 he has worked for Lexington Division of Police assigned to the Bureau of Investigation. His wife Meghan and their two children, Carley and Kendric, live in Lexington.

Williams was honored May 16 at the 18th Annual Georgetown College Athletics Hall of Fame Dinner and Induction Ceremony at the college’s conference center in Georgetown.