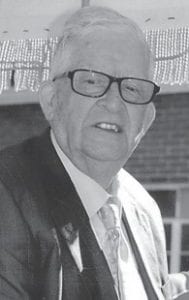 A son of the late Gobel and Georgeann Watts, he was born in Letcher County. He was a brother of the late Shelby Gene Watts.

Watts was a U.S. Army veteran of World War II, and was a teacher, principal and administrator in the Letcher County School System. He was sheriff of Letcher County from 1973 to 1977, and worked for the Department of Labor from 1978 to 1980 before being elected county judge/executive, an office which he held for 12 years.