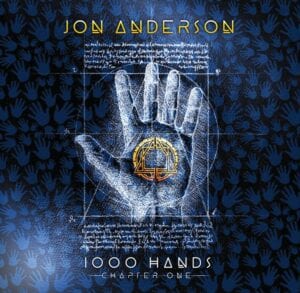 Jon Anderson started making “1000 Hands” nearly 30 years ago before setting it aside. Its title alludes to the lengthy and impressive roster of musicians who appear on the album, from several of the singer’s former Yes bandmates to Chick Corea, Jean-Luc Ponty, Rick Derringer and the late Larry Coryell, among many others.

After Ringo Starr, Anderson is one of rock ‘n’ roll’s best-known endorsers of the “peace and love” ideal and there’s plenty of his advocacy here for a kinder, more reflective approach to life, relationships and the planet. 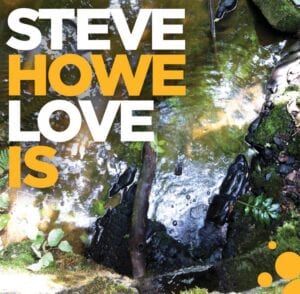 This cover image released by BMG shows “Love Is” by Steve Howe.

“Ramalama,” like “We Have Heaven” from Yes’ “Fragile” album, is a finely layered vocal workout with an uplifting melody. It’s followed by “First Born Leaders,” a joyous, anthemic song that pins its hopes on the upcoming generations. Both, as well as “Makes Me Happy,” could be lost tracks from the “The Lion King” or another Disney animated musical.

Anderson’s expertise with epic, multi-sectioned pieces is evident, especially on a pair of tracks exceeding the eight-minute mark.

“Activate” features Ian Anderson (Jethro Tull) on flute and an all-star guitar section including Coryell, Steve Morse and Pat Travers, while “1000 Hands (Come Up)” is anchored by late Yes co-founder Chris Squire (one of three bassists on the track) and drummer Billy Cobham, with magnificent contributions from Corea, Ponty, and Zap Mama.

Closer “Now and Again,” which appears in shorter variations as the first track and again midway through the album, has a characteristically celestial mood, accentuated by Steve Howe’s solo on classical guitar, and a most simple message that best sums up this fine effort from Anderson: “Love is truly all you need.”

Steve Howe’s guitar mastery was a key component of the success of progrock masters Yes and you can hear some of his trademark acoustic and electric sounds on “Love Is,” his first solo album since 2011.

Occasionally overly mellow and held back by his limited vocal range, the album still has enough flashes of Howe’s stringed wizardry to attract a crowd.

Beyond his work with Yes, Asia and GTR, to name a few of the lineups he’s anchored over the years, Howe has also appeared on songs by acts as diverse as Queen, Lou Reed and Frankie Goes to Hollywood.

Howe performs just about every sound on “Love Is,” and the 10 compositions are split evenly between instrumentals and songs, alternating in the running order. His son Dylan plays drums and Jon Davison, the singer in the current Yes formation led by Howe, handles backing vocals and bass on the songs.

Opener “Fulcrum” has a “Christmas with Hank Marvin” vibe, while “See Me Through” is catchy and well-paced but a stronger lead voice could have put it over the top.

Howe described the quasi-title tune, “Love Is A River,” as “a sort of quintessential track,” and its changes of pace and mix of environmental and mystical preoccupations make it one of the most Yes-sounding efforts here.

In fact, you can discover snippets of Howe’s classic Yes-era arpeggios, strums and solos on practically all the tracks but as the minutes pass, they too often fade into less distinctive ideas.

Howe recently told Rolling Stone magazine that a reunion with Anderson and Rick Wakeman is “completely unthinkable,” but should he think twice, it would be all right.