Edwards gets award for report on mountaintop mining method 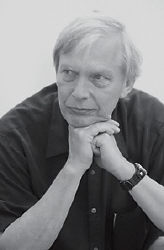 There was obvious distress in the calm baritone that greeted millions of public radio listeners for a quarter-century.

Bob Edwards was upset about a coal mining practice that is changing the landscape in his home state, Kentucky.

“I think it’s crazy!” Edwards said last week in an interview from his Washington office, after explaining that companies are blasting mountains apart to reach the coal inside. “I’m sorry, I can’t be objective about it.”

Edwards was as miffed now as his devoted listeners were three years ago when they learned that the longtime host of National Public Radio’s “Morning Edition” was being dumped to make way for a new, two-host format.

Thousands of listeners contacted NPR stations after hearing the news to lament the loss of the familiar smoky voice that became as much a ritual as their morning coffee.

Edwards, 60, has since reinvented himself via satellite, with an hourlong show on XM Radio that gives the host more room to stretch his conversational legs. His July 2006 report on the coal industry practice, known as mountaintop mining, recently won an environmental reporting award from the National Press Club.

Edwards said he has been given more freedom in his new job, where he remains a stalwart voice at 8 a.m., at least for XM’s 8 million subscribers.

“The people here treat me like a grown-up,” he said in an interview with The Associated Press. “They say, ‘We know that you know how to put on a radio program, so go do it. So I do, and they’re totally supportive.”

Edwards was the first host of NPR’s “Morning Edition” when it was established in 1979, and was pulled from the show just before his 25th anniversary. The reaction from listeners was overwhelming. NPR received more than 35,000 complaints about Edwards’ ouster from the show, according to NPR’s former ombudsman, Jeffrey Dvorkin.

“People felt a deep connection to Bob’s voice and it gave them, in my opinion, a sense of reassurance,” said Dvorkin, who is now executive director of the Committee of Concerned Journalists in Washington. “When that connection was broken, people responded quite passionately.”

NPR said in early 2004 that the change was made to refresh the network’s broadcasts. Renee Montagne and Steve Inskeep were named the permanent hosts of “Morning Edition” later that year. Edwards was offered a corespondency job with NPR, but said he received a better offer from XM’s chief, Hugh Panero.

He “immediately sent me a note that said, ‘Maybe NPR doesn’t want to hear you everyday, but I do.’ And I thought, wow, I think I want to work for this guy.”

He said the wide-open format of satellite radio allows him to do longer, more in-depth interviews on “The Bob Edwards Show.” Since the show was first broadcast in October 2004, Edwards has interviewed celebrities like Kentucky native George Clooney, musician David Crosby and Al Gore.

His July 28, 2006, report on mountaintop mining was an exception to the show’s typical format, which is recorded and live interviews.

For that report, the Louisville native traveled to eastern Kentucky, interviewed local activists and residents and surveyed the terrain during a flyover.

The 57-minute report won the Robert L. Kozik Environmental Reporting Award, said Joann Booze, coordinator of the award at the National Press Club. Edwards will be honored at a dinner in Washington next month, Booze said.

Edwards said that story turned into a “morality play” – an editorial angle he never could have taken at NPR.

“That’s how I see it. It’s a crime against nature as far as I’m concerned.”

Nowadays, Edwards works just a few blocks down from the NPR building in Washington, and said he still listens and sends donations.

And three years later, he still runs into to people who wish they could hear his voice again on the long-running NPR program.