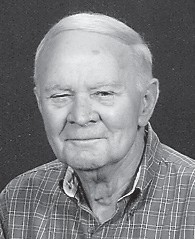 Born in Oil Springs to the late Harvey and Anna Reed Baldwin, he was a brother of the late Margie Baldwin and the son-inlaw of the late Johnnie and Lavada Tolliver of Cromona.

Funeral services were held in Goshen, Ohio, on December 28. Burial was in Edwardsville Cemetery in Ohio.