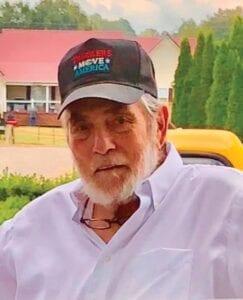 Robert “Bobby” Houston Stansberry, 79, of Smithville, Tenn., died June 20. He was born in Corbin on November 11, 1940 to the late Bob and Irene Rowlett Stansberry.

He was a second-generation business owner and operator of Bob Stansberry and Sons Meat Co. in Whitesburg, assuming management duties after his parents retired. The business evolved into a trucking company in 1980 and had several trucks operating under B.S.S. Trucking. Mr. Stansberry was the owneroperator and drove as well as managed the business. He was a safe and courteous driver logging and estimated 6 million accident and ticket free miles during nearly 60 years of driving and retired in 2010.

He didn’t have traditional hobbies, but chose to use his free time being Pop and Papaw to his family and sitting on his carport telling stories to anyone who would listen. He leaves behind many lifelong friends, including the Greene family and his Whitesburg High School Class of 1958 classmates.

In addition to his parents, he was preceded in death by a brother, Jerry W. Stansberry.

A Celebration of Life will be held at a later date.

An online guestbook is available for the family at www.wodfinchapel.com.