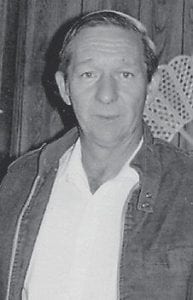 Burial was in Arlington Cemetery in Brookville, Ohio.