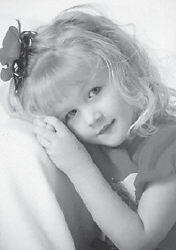 Shaylen Alyssa Mae Newman celebrated her fourth birthday party with seven of the Disney princesses, Cinderella, Ariel, Jasmine, Tinkerbell, Snow White, Belle, and Sleeping Beauty, who is also Shaylen’s big sister, MaKay. Her little brother, Landyn, was the royal prince. She is the daughter of Heather Fox- Newman and Bryan Newman of Ashland and the granddaughter of Teresa Fox of Jackhorn and the late Richard Fox, and Debbie Newman of Worthington and the late Terry Newman.