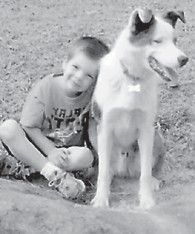 Caden August Watts turned four years old on August 18. He celebrated his birthday with a party at the home of his grandparents at Craft’s Colly. He is the son of Robby and Teresa Watts of Nicholasville. His grandparents are Donald and Carol Sexton of Craft’s Colly, and Larry and Diane Watts of Mayking.