THE RESIDENT THE FOUR: BATTLE FOR STARDOM

In a season that already has reaffirmed how potent and popular a drama series about doctors can be, this addition follows several young medics as they train for their careers. The ensemble cast includes Matt Czuchry (“The Good Wife”), Emily VanCamp (“Revenge”) and Melina Kanakaredes (“CSI: NY”), and there’s also impressive pedigree behind the camera: Filmmaker Phillip Noyce (“Patriot Games”), who directed the pilot, also is among the executive producers.

>> Television certainly has had its share of singing contests, so one way to do a one is to invert the process, starting with four singers determined to be terrific which they have to continue to prove, to keep a challenger from knocking them out of the competition. So it is with this series, which also boasts some well-known talents: host Fergie and judges Sean Combs, DJ Kahled, Meghan Trainor and music executive Charlie Walk. 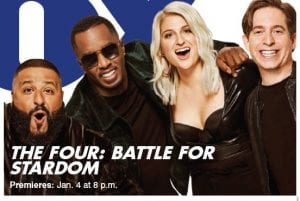 >> “Wings” was a comedy about an airline, and while this one – from executive producers including Will Ferrell and Steve Levitan (“Modern Family”) — also is that, it has a different tone. The route is the same every weekend (check the title again), with the passengers taking a gamble on being much richer on the trip back. Dylan McDermott (“The Practice”) makes a departure from his usual dramatic work here, co-starring with Peter Stormare (“Fargo”) and Ed Weeks (“The Mindy Project”).

>> Acclaimed producer Ryan Murphy puts his stamp on a series about first responders with this drama, examining both their professional and personal levels whether police officers, firefighters or paramedics. Two veterans of Murphy’s “American Horror Story,” Angela Bassett and Connie Britton, are in the ensemble cast here. Peter Krause (fresh off two seasons on “The Catch”), Aisha Hinds (“Shots Fired”) and Rockmond Dunbar (“Prison Break”) also are among the show’s stars. 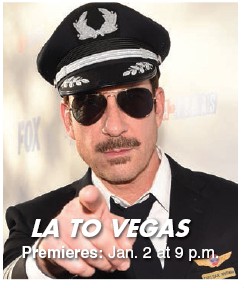 THE FOUR: BATTLE FOR STARDOM 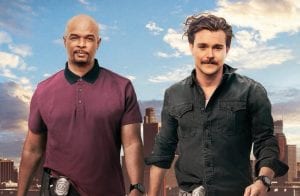