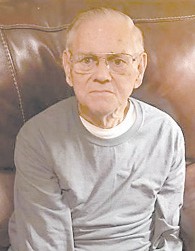 A son of the late Charlie and Bertha Adams Perry, he was also preceded in death by four brothers, Watson, Ed, Dan, and James, and four sisters, Pat, Vi, Helen, and Ollie.

Funeral services were held February 24 at Letcher Funeral Home. Burial was in the UZ Cemetery.