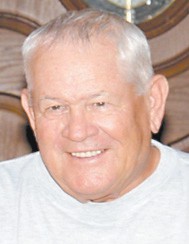 Frederick William Wolfe, 74, died November 28, at his home in the Villages in Florida.

Born in Jenkins to the late Clarence B. Wolfe and Mary Jo Wolfe, he was the oldest of eight siblings.

He was a brother-in-law of the late Joseph Newman.

Mr. Wolfe was graduated from Jenkins High School and attended the University of Kentucky where he graduated with a bachelor of science degree in mechanical engineering.

In 1968 he was recruited and hired by IBM in Lexington, where he began a 35-year career with the company.

After retirement, he moved to the Villages in Lady Lake, Florida where he was enjoyed playing golf year round with his friends and neighbors.

An avid Kentucky Wildcat fan, he was called “Kentucky Fred” as he religiously wore his UK ball cap.