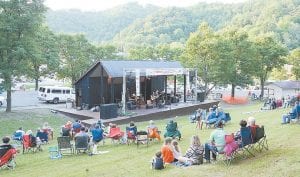 CONCERT SERIES CONTINUES — The Whitesburg Levitt Amp concert series continues this week with a Thursday night appearance by the Louisville-based band, Appalatin. Admission is free. The Letcher County Tourism Commission is adding a second night of free music beginning this Saturday. Meanwhile, the weather cooperated for the first time last week for free concerts by Shannon McNally (above and at top right) and by show-openers The Seth Ferguson Experience. (All photos by Thomas Biggs)

The Letcher County Tourism Commission has started yet another concert series in Whitesburg and teamed up with tourism commissions in the city of Pikeville and Pike County to try to keep visitors in the area a little longer this summer.

“Our thought was, along with theirs, with Levitt Amp (Concert Series) on Thursday night, Pikeville Main Street Live on Friday nights, and Whitesburg Saturday Night Live, we might get people to stay a night or two,” Letcher County Tourism Chair Missy Matthews said.

Unlike Levitt Amp, which takes place on the Mountain Heritage Stage every Thursday through the end of July, Saturday Night Live will be a more intimate setting, and will be in two locations, one on each end of Main Street. The new concert series will run until the middle of October. The hope is that people coming to Levitt Amp will hop over to Pikeville on Friday night, and come back to Whitesburg on Saturday, or those going to Pikeville Main Street Live will either come a day earlier or stay a day later and come to Whitesburg. 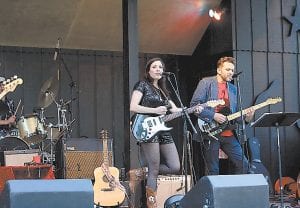 The commission has had two portable steel fire pits built for the concert sites, and those will be lit when the weather starts to cool down in the fall. One concert site will be at the Letcher County Health Department on East Main and Madison, behind the Kentucky Mist Distillery. The other will be on the other end of Main Street, but Childers said the commission is still waiting for the property owner to sign an agreement. The concert will be held, but the location might change. People looking for it can follow the music.

“Town won’t be blocked off,” Matthews said. “It’s about people walking the sidewalks.”

Businesses will be open along the street during the concerts so revelers will be able to stop in as they move from one concert area to the other. 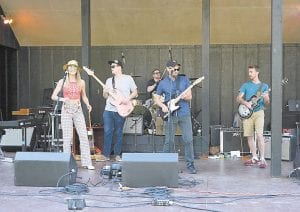 The Mountain Music Weekend will begin at 6 p.m., Thursday, at the Mountain Heritage Stage with the Levitt Amp concert by Appalatin, a Louisville-based fusion band made up of members from Kentucky, Guatemala, Ecuador and Nicaragua. Pikeville Main Street Live will be at the East Kentucky Expo Center Plaza at 7 p.m. and will feature local eastern Kentucky band Sons of FM. Whitesburg Saturday Night Live concerts will feature Whitesburg singer-songwriter Cory Harris at 6 p.m. and Banner, Ky., based singer Waylon Nelson at 7 p.m. One concert will be on East Main and the other either on West Main or Webb Avenue.