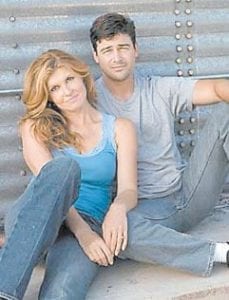 Stanley Crouch writes that whenever people pretentiously and proudly announce, “I don’t watch television,” they should follow it up with “I don’t look at America either.”

However, on the rare occasion that TV does get it right, it is often the stuff of pure emotive and intellectual brilliance. In the 21st century, American television is a home run hitter with a very low batting average.

One of its most beautiful and powerful homeruns was David Simon’s The Wire.
From 2002 to 2008, the HBO series moved a magnifying glass over the underbelly of urban America. From crime and poverty to police incompetence and political corruption, The Wire
gave viewers a rare, and brutally honest, insight into the afflictions of American cities.

Although not as comprehensive in scope, Friday Night Lights,
which this month started its fourth season on NBC, put viewers through the looking glass of rural America, allowing them to explore family, faith, and of course, football with sociological savvy and emotional maturity. Working class struggles, educational difficulty, and communal solidarity loom large in the background in this program that, on paper, is about a high school football coach named Eric Taylor, his family, his players, and their families. 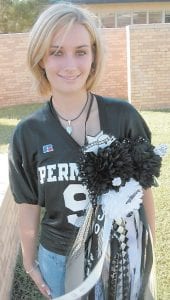 As the FNL
characters have progressed through triumph and tragedy, the series has come to represent much more than one coach’s fight to take his team of dedicated upperclassmen to the Texas High School State Football Championship. It is about small towns in modern America, and what their families do to maintain communal strength, familial love, and individual excellence under unfriendly economic conditions, intense social divisions, and limited local opportunity.

Set in Dillon, Texas — a fictional East Texas town — it also gives viewers something that is unfortunately unique: A presentation of complex Americans, who do not live in a big city or a wealthy suburb connected to a big city.

FNL’s
small town setting is hardly glamorous, but it is often beautiful. It can be ugly too, because it presents reality—a rural reality, communal reality, and sociopolitical reality. FNL stars Eric and Tami Taylor, aka Kyle Chandler and Connie Britton. Success and failure stand side by side in Dillon. The Taylors — Coach Eric, high school principal Tami, and daughter Julie — do very well. Julie is college bound, Tami is a smart and strong leader, and Eric is respected as one of the best high school football coaches in the state after taking the Dillon Panthers to the State Championship two of the last three seasons, winning one of them.

“Smash” Williams, a lighting fast running back is off to a local college, having lost his scholarship to a prestigious Texas university after suff ering a severe injury. Coach Taylor trained Smash hard and worked a connection with the local school to get him a spot on their roster. Lila, the beautiful daughter of Buddy Garrity — the owner of a car dealership and a dedicated booster of Panther football — has gone to Vanderbilt University.

Lila’s ex-boyfriend Tim Riggins, however, has not done as well. The town sex symbol and former football star could be a fourth verse in Bruce Springsteen’s “Glory Days.” He lives with his brother, has no viable career track, and entertains himself with women he doesn’t like half as much as Lila, let alone love. His best friend, Jason Street was on the road to football glory before he took a devastating hit in a senior year football game, which left him not only out for the season but in a wheel chair for the rest of his life.

Riggins accompanied Street to New York to help him get a job and win back the mother of his child. Leaning against the side of a cab, as Riggins watches Street enter the house at the invitation of a very happy woman, he smiles, realizes it is goodbye, and begins to cry. It is the most moving scene of two young friends parting ways since the conclusion of Larry McMurtry’s The Last Picture Show.

On paper, this sequence doesn’t sound like much nor does Smash’s long battle to get into college, which ends with his single mother screaming, crying, and hugging him. Matt Saracen — the graduated quarterback who took the Panthers to State in the first season — caring for his grandmother, who suff ers from dementia, wouldn’t captivate anyone if explained in an essay either.

Friday Night Lights
doesn’t have the artsy guts of The Sopranos,
the suspense of 24,
or the political relevancy of The Wire,
yet it still belongs in the company of those innovators.

It has more heart than the three of them, and tells its seemingly ordinary stories so well that viewers will have no choice but to give into the powerful urge that all art seeks to inculcate: the urge to care — to care about the characters of the fictional drama and then channel that concern into real life struggles in which the consequences impact actual human beings.

The targets of concern in Dillon are working class families of diverse racial and ethnic backgrounds who fight for everything they have. They are people who live far outside the rich territories of glamour, and seek individual sustenance and communal strength in familial sacrifice, working towards a shared purpose, and spiritual hope. Religion is depicted as a powerful and stabilizing force in the lives of Dillon residents.

Friday Night Lights
is as close to a reality show as one can get without falling into that genre, perhaps even closer. Its rural setting and small town stories give it a unique appeal in not only a television market, but also a culture that too often overlooks the value, pain, and pleasure of small town communities. The fourth season began with Coach Taylor touring the raccoon infested, trash decorated football facilities of East Dillon High — a reopened high school on the poor side of town where he has been named head coach after being forced out by the Dillon school board. (Board members had been paid off by some rich families with grudges against the Taylors.)

The school building is dilapidated, faculty morale is dangerously low, and the behavior of the football players is discouraging, to put it mildly — borderline disgraceful. Nearly half of the team quits after the second practice because they don’t want to take orders or work hard.

Taylor’s only assistant for most of the first few weeks is a manager at Sears who begs for the job. The first game ends in a forfeit at the half when East Dillon is down 45-0 and a handful of their players are injured.

If there is anything more emblematic of America on television, it is certainly the country’s best-kept secret. The empire is wobbling, the economy is wavering, and the United States is a gigantic East Dillon.

Friday Night Lights,
through its portrayal of commitment to community, hard won hope, and ferocious faith, gives American families a simple, yet applicable message in the dark hour of Dillon and a million Dillons scattered throughout the country:

This review appeared last
week on the website Daily
Yonder (www/dailyyonder.
com). David Masciotra is
the author of “Working On a
Dream: The Progressive Political