Friends find each other at Farmer’s Market 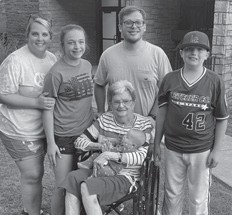 First, an update on Mommy’s fall two weeks ago. We did end up taking her to Pikeville and the plan from her doctor, April Hall, was to just admit her and have them run all kinds of scans and other tests on her, just to make sure nothing was broken.

She was also in a lot of pain at April Hall’s office and so to make the trip to Pikeville more bearable they gave her a pain shot. I could tell by the expression on her face that shot took effect on her in a matter of seconds. It’s a good thing they gave her that, because we were in the emergency room until three or so in the morning. It was hard enough for her to sit in that wheelchair that long with the pain shot. I can only imagine what she would have gone through without it.

At any rate, they ran all their tests from the emergency room because they had no beds empty in the hospital. Then they released her to go home and she was one happy camper then. She is still having some pain when she has to use her left shoulder, but all in all, she’s doing much better than last week. 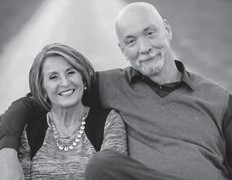 Steve and Tommye Banks celebrated their 43rd wedding anniversary on the 24th.

I’m so happy my sister, Charlene Tacket Mason, was able to fill in last week and get an article in. I knew she could write a piece for the paper if she wanted to.

My baby sister Delores Tacket Holbrook would keep you all in stitches if she wrote an article and I have tried my best to get her to. She also knows more about what’s going on in the county and the neighborhood. I guess she just has an inquiring mind. That’s a nice way to put, “She wants to know what’s going on with anybody and everybody.” She even asked me about one of our friends the other day because she hadn’t posted anything about her husband on Facebook in awhile. She wanted to know if I knew whether or not they were still together. I believe she would make a good news reporter for the county. Of course she can’t hear it thunder, so half of what she reported would just be what she thought they might have said.

Well, I was finally able to make it to the Farmer’s Market last Saturday and boy did I rack up. First I went through the line and got Mom’s and my Senior Vouchers. Then I stepped over to Louise Murtagh’s table and got them doubled. I was able to get two pounds of fresh green beans, two bunches of wonderful looking celery, a big, huge cabbage head, and some wonderful green tomatoes. 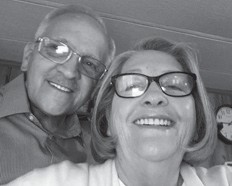 Darrell and Martha Watts celebrated their 51st wedding anniversary on the 26th. They have been sweethearts since high school.

I also bought a set of four placemats from my friend, Loneli Polly. She has been working during the quarantine making all kinds of rugs and such. It was good to just get to catch up on our lives. After we both retired from teaching I have seen her a few times in the mornings at the rec center, but hadn’t seen her since the quarantine.

It was so good to get to see and hug James and Lita Melton. They have been praying for Mommy and even had her a gift, a gourd birdhouse. (It was plastic, but sure did look real). James and Lita, Mommy was tickled to death with it and it is now hanging on the back porch right beside the one that had been occupied with swallows. They have all flown off now and it is so odd to look out the kitchen window while doing the dishes and not see all the busyness that was going on in that gourd just last week. From what I read on the Internet, sometimes they will raise another brood if they know they have time before cold weather sets in. They didn’t last year, though, so I’ll be surprised if they do this year. 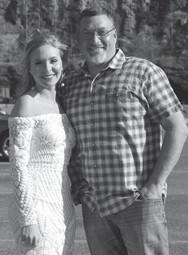 Rod Back and his daughter Bella Back. Bella’s birthday will be on the 3rd of July while Rod’s was on the 18th of June.

I also got to talk to a few seniors. It was so good to see Vernetta Roark and her sister Iona Noble. I could see Lizzie Mae already shopping and talking to a vendor while I was in line and then I lost sight of her and didn’t get to talk to her after I got my vouchers. She looked as pretty as ever though. Hard to believe she is 91 years young.

The date has been set for our return to the rec center and there will still have to be a lot of COVID restrictions in place. As of now, it is July 12. We won’t be able to play cards of any sort, nor work puzzles. It will be good, though, just to get to see each other.

Shane and Kathy Lucas. Shane had a birthday on the 17th and they have a wedding anniversary on the 1st of July.

I meant to put in here about a month ago about what one of my sisters in the church brought me. Phyllis Adams told me she had something for me the other day. Lo and behold, she brought me a bunch of lightbulbs. You may or may not have read my rant about the price of lightbulbs and how many different types there are now. Anyway, it seems her husband, Steve Adams, buys lightbulbs and batteries all the time, whether they need them or not. I guess everybody has their items they just have to buy all the time whether they need them or not. Mine are soap, deodorant, and toothpaste. I probably have enough to last me two or three years right now. I try to make myself not buy anymore until I use what I have, but I just can’t stop buying it.

Since Charlene didn’t do my birthdays last week, I’ll start way back there. On June 16, there were three anniversaries. Mike and Rhonda McCall celebrated their 35th anniversary, Danny and Brenda Hurt their 49th, and Terry and Bernadine Gibson Blair their 43rd. On the 17th Shane Lucas, Sharie Bailey, Ramona Ison and Hayley McHone King had birthdays and Sammy and Kimberly Mullins Adams celebrated their wedding anniversary. Rod Back had a birthday on the 18th. Two wedding anniversaries on the 19th were Kenneth and Delores Tacket Holbrook and Larry and Miranda Dixon. Adam and Theresa Caudill Bentley celebrated 23 years of marriage on the 20th. Mallorie Caudill had a birthday on the 20th. 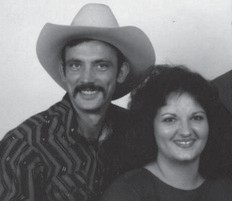 Kenneth and Delores Tacket Holbrook had their 42nd wedding anniversary on the 19th.

On the 23rd William Runyon (one of our church brothers at Letcher Independent Baptist) and Debbie Baker Jent had birthdays. On the 24th Cody Baler, Rebecca Potter, and Sara McAuley had birthdays and Steve and Tommye Banks celebrated 43 years of marriage. Janice Foster had a birthday on the 25th. Darrell and Martha Watts and Eddie and Michelle Caudill had anniversaries on the 26th while Beverly Adams, Jordan Short, Kenny Griffie, Sara Turner, and Fontella Sturgill Hall had birthdays. Chase Webb, Eunice Holbrook Tolliver, Cora Sturgill, and Rick Sturgill all had birthdays on the 27th, while Jim and Renee Roark Hall celebrated their 29th wedding anniversary. My brother Albert’s daughter and her husband also celebrated 12 years of marriage on the 27th. Greg and Laura Caudill Bates celebrated 35 years of marriage and John and Debbie Adams also celebrated their wedding anniversary on the 28th. Lisa Vance Maggard and Kenny Miles had birthdays on the 28th. On the 29th Jasmine Glispie Dollarhyde and Tex Isaac had birthdays. Moran Caroline Taylor will have a birthday on the 30th. Dexter Campbell will celebrate on July 1. Randy and Kathy Banks will have a wedding anniversary on the 2nd. And last but certainly not least, one of my most memorable students, Bella Back, will turn 20 years old on the 3rd. 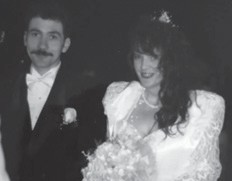 Sam and Kimberly Mullins Adams had a wedding anniversary on the 17th.

Please don’t forget to pray for our nation and all its problems right now. Also remember our pastor Bill Jones and his family, along with Preacher Bill Craft and all his family.

Your church needs your attendance now more than ever before. If you don’t have a home church Letcher Independent would welcome you with open arms.