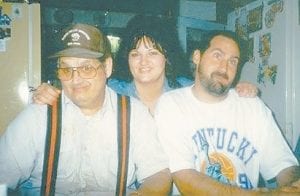 The Letcher County Senior Citizens have been busier than a long-tailed cat in a room full of rocking chairs. In February they took a trip to Frankfort for Senior Awareness Day, touring the capital and sitting in on the meeting with AARP. They also listened to some of Kentucky’s legislators discussing the needs of the seniors in Kentucky.

There was also a Health Fair provided by Whitesburg ARH and Mountain Comprehensive Health Corporation the last week of February. This month registrations and practices for the many different activities for Kentucky River 50+ Games are underway. These include: softball throw, basketball shoot, walking, shuffleboard, darts, washer toss, putt-putt golf, spin casting, horseshoes, ladder ball, golf, billiards, corn toss, rook and bowling. On March 29 at 9 a.m. at the Breathitt Co. Senior Citizen Center, the Rook tournament will be taking place.

Then, April 18 at 9 a.m., the Hazard/Perry County Senior Citizen Center will be hosting the putt-putt, billiard, and horseshoe competitions. 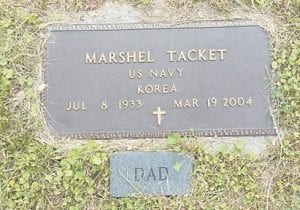 On April 24 at 9 a.m., the corn hole and bowling tournaments will be held at the Lee County Recreational Center. Then the 50+ Big Day will be held May 9, also at 9 a.m., at the Knott County Sportsplex. That’s when they will be presenting the trophies. For more information about any of these activities, you can call 606-436-3158.

Another really big deal going on with the Letcher County Seniors is the Food Drive. Lots of items can be dropped off at the rec center which will then be distributed to seniors that meet certain qualifications. These items can include canned vegetables or fruits, crackers, pickle relish, pickles, and lots of other nonperishable items. For more information, you can get in touch with the county judge, Terry Adams.

One of the physical trainers at the rec center, Maranda Webb, is still requesting everyone’s prayers for her niece, Laney Webb, and all of her family. Monday the 18th, she was supposed to have another spinal tap. Most of us have no earthly idea what this little baby is going through. There is also a collection being taken up for a care package for Laney’s family. This is for anything you think the family could use while they are staying with Laney at the hospital. These items can also be dropped off at the rec center or Forever Young Beauty Salon on Railroad Street in Whitesburg. They could use things like gift cards, crossword or word puzzle books, magazines, coloring books, snack foods, or anything you think would be useful. There are lots of other fundraisers going on for Laney, too. 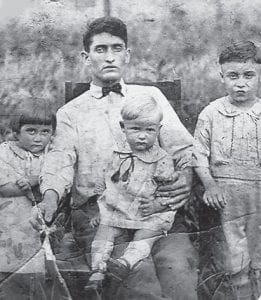 My sister, Charlene Tacket Mason, as you know sings with the gospel group “Masters Harmony,” and one of the members of the group, Ray Smith, really needs our prayers for his wife Elaine Smith. She has been battling breast cancer for a while now. It came through on the Millstone Missionary prayer line that she is being taken to the Hazard Hospital and Ray wants everyone to be praying for them. Elaine’s mother and aunt also need everyone’s prayers.

One of our really good friends and church brothers at Letcher Independent Baptist, Sam Oaks, told me today at the rec center his nephew, Levi Grubbs, who was actually raised by Sam’s dad, Levi Oaks, died early Sunday morning at the UK Medical Center. He was involved in a car wreck Friday and suffered a crushed femur. He was then taken to Pikeville Medical Center and later transferred to UK. They assumed he was going to be okay, but after coding there several times he passed away. Sam and his wife Nancy are in desperate need of our prayers and also Sam’s dad Levi. Levi, who is 86, lived with and depended on Grant to take care of him.

Because of everything that has been going on with the seniors and at the rec center, I haven’t had as hard a time this month with the memory of my dad’s death 15 years ago on March 19. My aunt, Margie Pennington Adams, passed away on the 18th and Daddy on the 19th. My sister Delores sent me this story today and I thought it fitting to put in this week’s column even if it’s a Fourth of July story.

Believe it or not when we were growing up watermelon, or any other fruit for that matter, wasn’t available anywhere until around June or so. Well, not only were they not available, but they were very expensive when they did become available. So, to a family of seven a watermelon was a welcome treat and was a yearly Fourth of July tradition. This story comes from my sister Delores:

One year Dad took us and our Fourth of July watermelon to Raven Rock. We lost our muffler on the way up there. Then on the way back, the car overheated and steam was a boiling out from under the hood at the windshield. Mommy had already been hollering when it started smelling hot, and she really got scared when it steamed. She thought it was afire. She was screaming, “ MARSHEL, STOP!!!” When he finally pulled over at Kona hill she threw her door open and took off a flying across that field. Last I heard her say was, “RUN “CHILLERN, get OUTTA HERE, HITS A FAR!!!” She wouldn’t even looking back.

The picture here of Daddy, Marshel Tacket, Delores Tacket Holbrook, and our brother Albert Tacket was taken during one of our Catch Phrase games. They were on the same team and every time they got a chance they would announce they were the “opposing team” and they would pretend to be posing for their picture. Each time the pose would be sillier and sillier.

My brother Albert will be celebrating his 59th birthday this coming Monday, the 25th. Let me tell you some things about him I bet few people know. Growing up he was surely the biggest pest that ever lived. Us four sisters had to be put up with him continuously crying wanting to play house with us. We would put him off as long as we possibly could until Mommy would make us let him play. Us girls all got together and planned how we could get rid of him. We told him he was the husband and husbands left and went to work. So, he would leave and as soon as he left we would pretend to lock the door with our magic words, “keylock, keylock.” We were so proud of ourselves. He was none the wiser. Can you imagine one little boy trying to outsmart four girls? He couldn’t win for losing. Now, us four girls miss him like the dickens and wish he didn’t have to leave to find work. Mommy would give anything to have them living close to her, too. Happy birthday, Brother. Mom says to tell you we love you very, very much.

I’ll close here for another week asking you to please remember all those that have lost loved ones, especially our pastor, Bill Jones, and his wife Sandy and all their family. There have been so many deaths in our communities in the last week. I noticed seven names on the Letcher Funeral Home board one day. There were two or three on Everidge that day, too.

As Oma says, try to be in church Sunday morning and I say if your church has services throughout the week or Sunday