Fugitive who left in ARH truck gives up 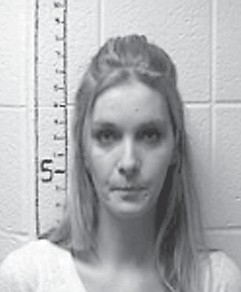 A Pike County fugitive who walked out of the Whitesburg hospital on Christmas Eve and left in a hospital pickup truck turned herself in to authorities last week.

Amanda Yonts, 24, of Shelby Gap, was admitted into the intensive care unit of Whitesburg Appalachian Regional Hospital for a drug overdose, said Whitesburg Police Captain Henry Day. Nurses were aware that Yonts was wanted on an arrest warrant from Pike County for failure to pay fines, Day said, adding that he was contacted Dec. 23 after Yonts tried to sign herself out of the hospital.

Based on information received from callers, Day found the ARH truck on the side of a road in Kingscreek.

Yonts called the Letcher County Sheriff’s Department on January 8 and then turned herself in.

Whitesburg police charged Yonts with theft of an automobile. She remains in the Letcher County Jail. Bond is set at $10,000 cash and she must enroll in a complete in-patient rehabilitation program.

Preliminary hearing is set for 1 p.m. on Jan. 16 in Letcher District Court.