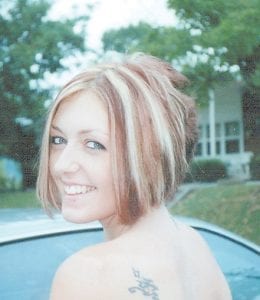 Funeral services were held this week for a 28-year-old Jeremiah woman who was killed in a car wreck.

Kentucky State Police say Shannoka Ann Adams died Saturday morning of injuries she received when she was ejected from a red 1997 Jeep when it left KY 7 South near Blair Branch and went airborne.

The driver of the Jeep, 29-year old Timothy R. Sexton of Isom, told authorities he swerved to avoid hitting a dog when he lost control of the vehicle and hit a ditch embankment. The Jeep overturned several times before stopping in the southbound lane, police said.

Police said Adams was the only passenger in the Jeep and was not wearing a seat belt.

A Letcher Fire and Rescue ambulance that was in the area responding to another emergency call when the wreck occurred transported Adams and Sexton to the Whitesburg hospital, where Adams was pronounced dead at 11:15 a.m. June 16 by Letcher County Coroner Marty Baker.

Sexton was flown by helicopter to Holston Valley Medical Center in Kingsport, Tenn., where he was treated for non-life threatening injuries. He has since been released from the hospital.

KSP Trooper Jason Bates is continuing to investigate the wreck.

Funeral services for Adams were held Tuesday at the Cowan Chapel Church.

Adams is survived by her mother, Shelsie Page Shipp, of Kingsport, Tenn.; her father, Ralph Adams, of Pippa Passes; three brothers, Luke Adams, of Blair Branch, Jacque Shipp and Odgen Shipp, both of Marysville, Ohio; and paternal grandparents, Joyce Ann Adams and Linville “LC” Adams, both of Blair Branch. She was also a granddaughter of the late Minnie and Wid Page.

Burial was in the Blair Branch Cemetery. Everidge Funeral Home had charge of arrangements.