Funeral is set for Dawahare 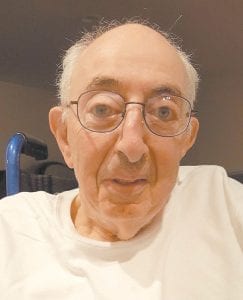 Funeral services will be held in Lexington on Thursday for longtime Whitesburg businessman Cann Martin Dawahare, who died Sunday at age 88.

Mr. Dawahare was born March 10, 1930 in Neon to Srur and Selma Dawahare. The family moved to Whitesburg when he was five years old. He lived in Whitesburg with his 10 brothers and sisters until the death of his mother when he was nine years old, at which point he attended Millersburg Military Institute. He considered Whitesburg his home, and also lived in Lexington many years.

Martin Dawahare is preceded in death by his mother and father, and by his siblings Willie, Nellie, Woodrow, Harding, Oscar Dee, Sybil, Hoover, and Frank.

Mr. Dawahare served in the Korean War as a member of the U.S. Army. He attended the University of Kentucky, where was in the first class to receive a Master’s Degree in Business Administration. He later became secretary/ treasurer of the Dawahare’s chain of department stores, and for more than 40 years he worked alongside his brothers to grow the stores into a thriving business that reached from Pikeville to Paducah. Srur Dawahare opened the first Dawahare’s store in Neon.

He was a member of South Elkhorn Baptist Church and was active in the community though Rotary Club and other civic organizations in Whitesburg. He had a great sense of humor and loved to make people laugh.

In lieu of flowers, the family requests donations be made to South Elkhorn Baptist Church, 4867 Versailles Road, Lexington, KY 40510.