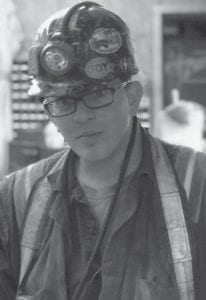 Bobby Shane Sexton, 38, of Corbin, died March 11 from injuries received in a vehicle accident on U.S. 119 in Harlan County.

He was a son of Bobby Dean Sexton and Peggy Blair Hays.

Funeral services for Mr. Sexton were held Saturday, March 14, at Letcher Funeral Home in Whitesburg. Burial was in the Bailey Cemetery at Crases Branch.