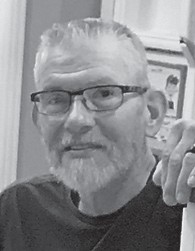 A son of Jenny Helton Smith and the late Gerald Bruce Smith, he was the son-in-law of Jr. Jarrell and the late Rosa Lee Jarrell.

Surviving in addition to his mother and his fatherin law, are his wife, Rita Jarrell Smith; two daughters, Liz Eidson and husband Ryan of Richmond, and Roxie Cornett and husband Dunavon of Whitesburg; a brother, David Smith and wife Robin of Lawtey, Fla.; two sisters, Nancy Shepherd and husband Lonnie of Cumberland, and Melissa Allen and Lonnie Lowe of Harlan; and three grandchildren, Brody Eidson, Deacon Eidson, and J.P. Cornett.

Funeral services for Mr. Smith were held October 5 at Cornerstone Church. Burial was in the D. L. Creech Cemetery at Eolia.