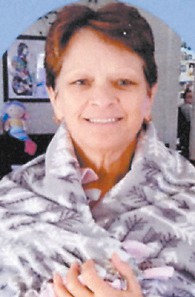 Born at Parks Air Force Base in California, she was the daughter of Mountain Eagle columnist Everett Vanover.

Mrs. Vanover lived at Travis Air Base in Fairfield, Germany and in Washington, D.C., before settling in Vacaville.

Surviving in addition to her father are her husband, Kenny Vanover, and two sons, Michael and Joseph.