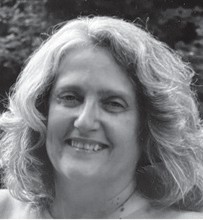 Funeral services for Linda Kaye Collins, 61, of Isom, were held April 23 at the Little Colley Pentecostal Church. Burial was in the Adams Cemetery at Colson.

A daughter of the late Andrew Jackson Adams, and Virda and Paul Cook, she died April 20 at the Greg and Noreen Wells Hospice Care Center in Hazard.