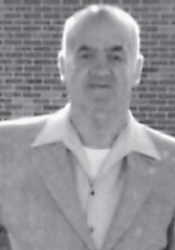 Born in Knott County, he was a son of the late John and Martha Collins Morton, and was the widower of Armistice Hall Morton. He was the father of the late Ernest Pearl Morton, Elmer Glen Morton, and John Dudley Morton.

Morton played the banjo for many years at various events around the county and was featured performing in an Appalshop documentary film, “Tomorrow’s People”.

He was a U.S. Army veteran of World War II, a life member of the American Legion, and an honorary Kentucky Colonel. He was a member of the Whitesburg First Baptist Church.