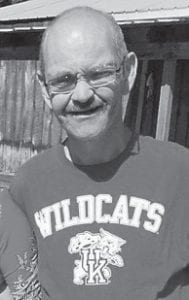 A son of the late Dannie and Brenda Creekmore Bolling, he was also preceded in death by two aunts and three uncles.

Funeral services will be held at 11 a.m. today (Wednesday, March 4) at Whitesburg First Baptist Church. Burial will follow in the Haven of Rest Cemetery.