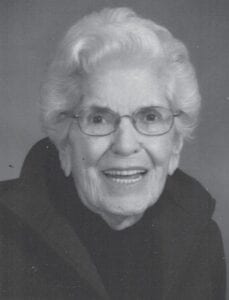 Lucille Adams Gilkeson, 95, of Dayton, Ohio, died May 28 at Ohio’s Hospice of Dayton.

Born in Jeremiah to the late Stephen R. Adams and Lucinda Back Arnold Spencer Adams, she was the widow of Orion Arlou Gilkeson.

Graveside services will be held at noon today, June 2, at the Adams family cemetery in Jeremiah.

Letcher Funeral Home of Whitesburg has charge of local arrangements.