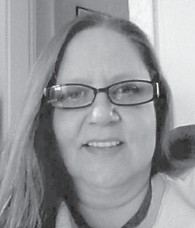 Born in Whitesburg to the late Chalmer and Ollie Gillenwater Watkins, she was the widow of Brett “Joe” Gariety, and was later married to Kevin Lukehart who also preceded her in death.

She was also preceded in death by three brothers, Tim, Burl and Chalmer “Doonie” Watkins.

Funeral services for Ms. Gariety will be held at 6 p.m., February 16, at Kingscreek Community Church.