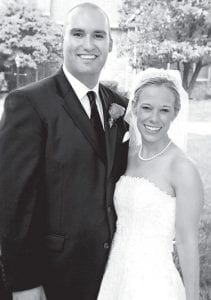 Whitney Lynn Galloway, daughter of James and Denise Galloway and Donna and Frank Ryan, all of Louisville, and Richard Derek Tucker, son of Richard and Donna Tucker of Inman, S.C. were married June 2 at Southland Christian Church in Lexington.

The bride is the granddaughter of Wayne and Carroll Kidd, and is a 1998 graduate of Green County High School in Greensburg and a 2005 graduate of the University of Kentucky College of Pharmacy.

The couple currently reside in Spartanburg, S.C., where he joined a private dental practice and she works at a retail pharmacy.