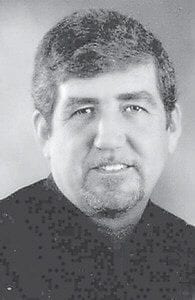 Garvin Wayne Chadwell, 41, of Isom, died May 14 at the Veterans Center in Lexington.

Surviving in addition to his parents are two daughters, Tara Lee Chadwell and Hailey Christina Chadwell, both of Whitesburg, and two sisters, Audrey Hall of Vicco and Jennifer Boggs of Dry Fork.

Funeral services were held May 17 at Letcher Funeral Home. Burial was in the South Fork Cemetery in Liberty.