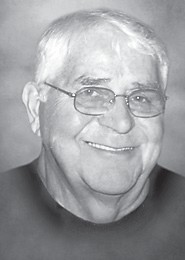 George Nelson Ables, 82, died April 17 at his home in Columbus, Ind., after complications of a long-term illness.

Born in Letcher County, he was the third born of seven children to the late James Christopher and Dixie Ables.

He was preceded in death by his brothers, Don, Emory and Bobby, and a sister, Paula.

His biggest passion was attending church with his wife, praise gatherings, and listening to Southern gospel music.

A private family service is planned, and Brian Gilroy will officiate.

Burial was in the Flat Rock Baptist Cemetery in Columbus, Ind. A celebration of life will be planned at a later date.

In lieu of flowers, a donation in his name can be made to Garden City Church of Christ in Columbus, Ind.

Online condolences and special memories may be shared with the Ables family at barkesweaverglick.com.