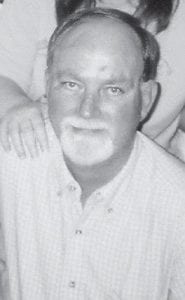 He was a son of the late George Wyatt Jr. and Anna Tompkins Wyatt of Jenkins.